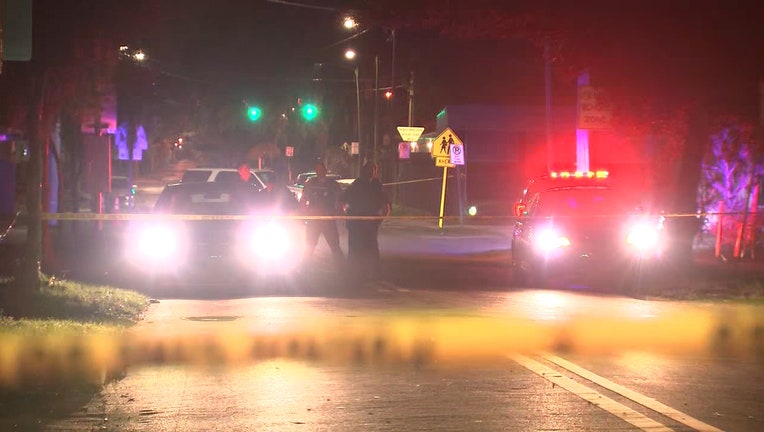 Officers said they were conducting a traffic stop on a white Chevy Impala that may have been involved in a separate shooting that occurred in Grant Park on April 23. On that day, officials said a white Chevy Impala with black wheels and a front black bumper was heading north on North 53rd Street around 5:36 p.m.

Police said the occupants inside the vehicle fired several shots into a home in the 3800 block of the street, injuring an adult female inside. She was taken to a nearby hospital with non-life threatening injuries. Investigators said the April 23 shooting doesn't appear to be a random act, but it's unclear whether the female victim, who was not identified, was the target.

Since then, Tampa police said they have been on the lookout for the Chevy Impala. Around 11:37 p.m. Tuesday, officers spotted the vehicle that matched the suspect's description. The traffic stop took place in the 3400 block of East Palifox Street.

Officers said the driver, later identified as Jonas Joseph, pulled into a driveway of a home, then placed the Impala into reverse, striking a police vehicle. Joseph tried to flee, investigator said, but crashed the vehicle into a tree.

Officials said a second gun was located inside the vehicle.

Preliminary evidence shows, police said, that the driver exited the car during the traffic stop and began shooting at the officers. Police said they were "forced to return fire," and the adult male driver was killed.

The officers involved were not injured. Five were placed on administrative leave, which is a standard protocol in officer-involved shootings.

It remains unclear whether Joseph was involved in the April 23 shooting. Officials said both shootings are still being investigated.