TAMPA, Fla. - Something as simple as a sticker can now be a game-changer for first responders.

"Sometimes when first responders respond to the scene, we’re not always quite sure what we’re responding to," said Tampa police interim chief Ruben Delgado.

City of Tampa ADA coordinator Raquel Pancho likens it to the medical alert.

"For people who have diabetes and are acting unresponsive or like they might be intoxicated, when the first responder sees these on the windows, they’ll know that there’s probably a diabetic emergency," she said.

Recent police cases highlight the importance of the decals. Last September, police in Utah shot a 13-year-old boy on the autism spectrum after his mother called 911 asking for help because he was having a mental health episode.

Tampa has seen its fair share of calls too. 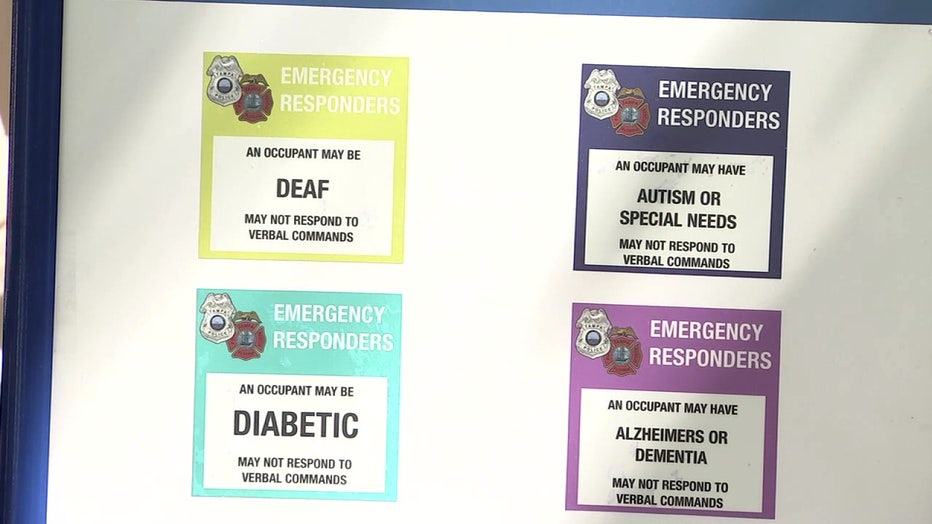 If you do sign up for the registry, it will store your information into their system.

"So if a call comes in to that address, we know there’s someone there with special needs, so we do preload that into the database," Delgado continued.

And right now, the four stickers they’re offering are labeled for deaf, diabetes, autism/special needs, and Alzheimer’s and dementia, but they say they’ll expand to others if they see the need.

You can place these on your front door, window, car, wherever you prefer.

LINK: To apply for the voluntary registry and to receive your sticker, you can visit: https://www.tampa.gov/tpd-voluntary-special-needs-registration-form