Made in Tampa Bay: Olfaction candles are uniquely Florida

TAMPA, Fla. - It’s not an understatement to say that Paige Chaney loves candles.

"I'm very into smells, I always have been as a little kid," she said. "I had a slight obsession with candles as a young adult and was spending far too much money buying candles for my apartment."

Rather than continuing to spend money, she decided to learn how to make her own candles. She uses melted soy and fragrance oils to create her candles.

After family and friends started inquiring about the smells coming from inside her home, her hobby eventually became a business in 2013.

"Olfaction actually is the sense of smell, and that's kind of how I came up with a name for the company," Chaney explained. 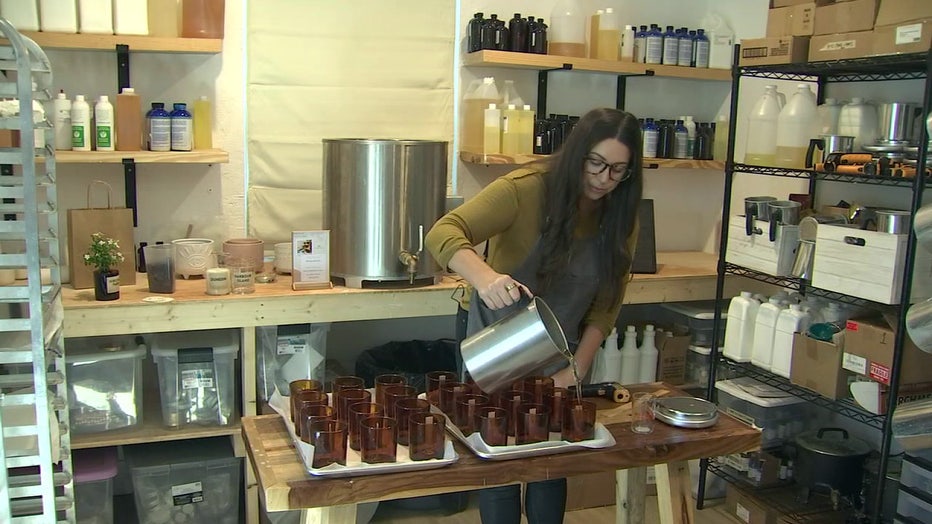 Chaney says the sense of smell is also the sense most tied to memory.

"I think for me, it just all ties together there, is creating really beautiful sense stories that trigger memories and different things from our past," she said.

Like many businesses, both small and large, the pandemic impacted on Olfaction. It wasn’t related to the candles, however; instead, it was impacting her packaging. Prior to the pandemic, her candles were sold in a glass cup with the Olfaction logo etched onto them. When those became unavailable, Chaney had to pivot.

She created a new paper label that would go on the glasses. Inspired by how her neighbors were supporting each other during the pandemic, her first label said Riverside Heights. She offered it on a neighborhood social media page, and the response was overwhelmingly positive. Nearby neighborhoods started inquiring about candles. 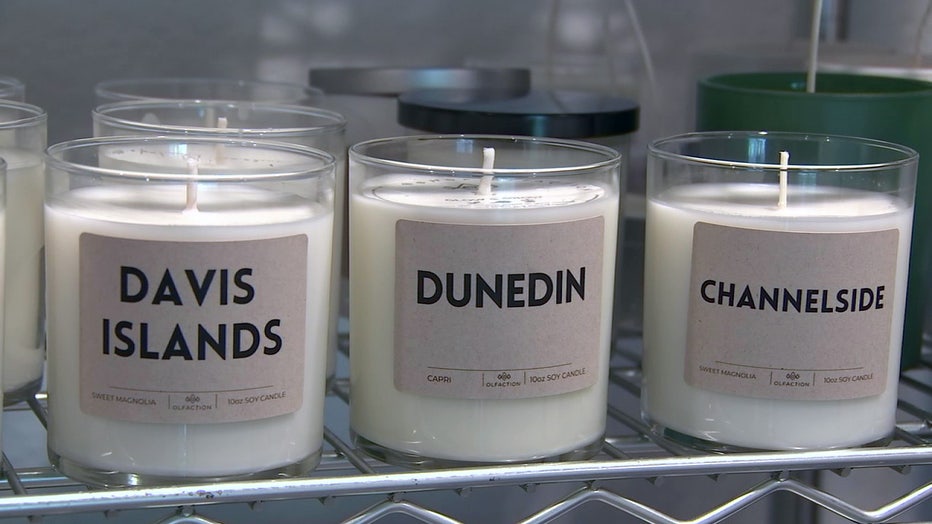 "It completely changed and rebranded who Olfaction was and turned into showing off your neighborhood pride and being able to customize what you want it to say," Chaney said.

Olfaction candles can now be found in different cities and now have sports teams, fun sayings and are even customizable.