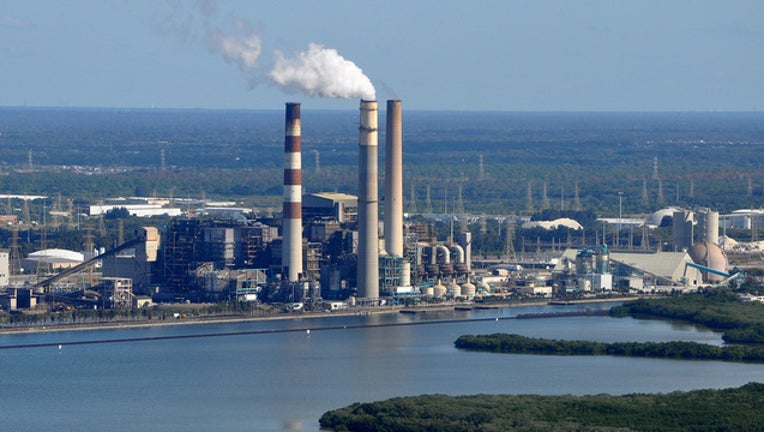 With little comment, DeSantis and the Cabinet, acting as the state’s Power Plant Siting Board, voted 3-1 to approve the project, which involves upgrading a generating unit at the utility’s Big Bend Power Station. The unit will burn natural gas.

Agriculture Commissioner Nikki Fried dissented and issued a statement after the meeting about fossil fuels, such as natural gas, contributing to climate change.

“No state in America --- and few places on Earth --- are as vulnerable to the effects of climate change as is Florida,” Fried said.

“In a state at extreme risk from climate change, and with climate change exacerbated by burning fossil fuels, we haven’t done enough --- not nearly enough --- to curb the threat every single one of us faces,” she said.

Ffolkes said the project would reduce emissions when compared to the current operation of two 1970s-era generating units at the Big Bend site. Also, Ffolkes found that the change would reduce water withdrawals by up to 25 percent at the plant.

“We can’t be called to account to address all of the ills that the Sierra Club believes are happening as a result of climate change,” Curtin said. “There are literally hundreds of millions of sources of carbon dioxide.”

Diana Czank, representing the Sierra Club, argued that the plan simply replaces one fossil fuel, coal, with another, and could damage the surrounding community by failing to address climate change and the potential for regional flooding.

“All the science tells us switching to clean energy saves lives,” Czank said. “The market tells us that it also saves money. Voting for TECO’s dirty, dirty energy project would be irreversible error.”

The 1970s-era units were originally built to burn coal, with natural gas later added as a secondary fuel.

In a statement issued after the vote, Tampa Electric President and Chief Executive Officer Nancy Tower pointed to environmental benefits of the project and efforts by the utility to increase solar-energy production.

“This project will improve the land, water and air emissions at Big Bend,” Tower said. “This project will save our customers money, and, coupled with our significant increase in solar power, will make Tampa Electric substantially cleaner and greener than it is today.”