TAMPA, Fla. - A Tampa teenager is a walking, talking miracle. His whole life changed in a flash this past Labor Day when his personal watercraft was hit by a bolt of lightning.

Mason Salustro was racing in to avoid a storm when the lightning strike knocked him unconscious, throwing him face down into the water.

What happened is that a small group of people had gathered at the deck of the Davis Island Yacht Club to wait out an ominous summer thunderstorm. They saw lightning hit Mason’s watercraft.

Sept. 7, 2020: A boater is recovering in the hospital after being struck by lightning while on a personal watercraft Monday afternoon near the Davis Island Yacht Club.

"When I got out there, I saw Mason face-down, in the water. And my mind, I was thinking this is hopeless. But thankfully we got him into the boat as quickly as we could and raced back. Bob started administering first aid," Hardy recalled.

Kristin Gonzalez started CPR as soon as they got Mason back to the dock. 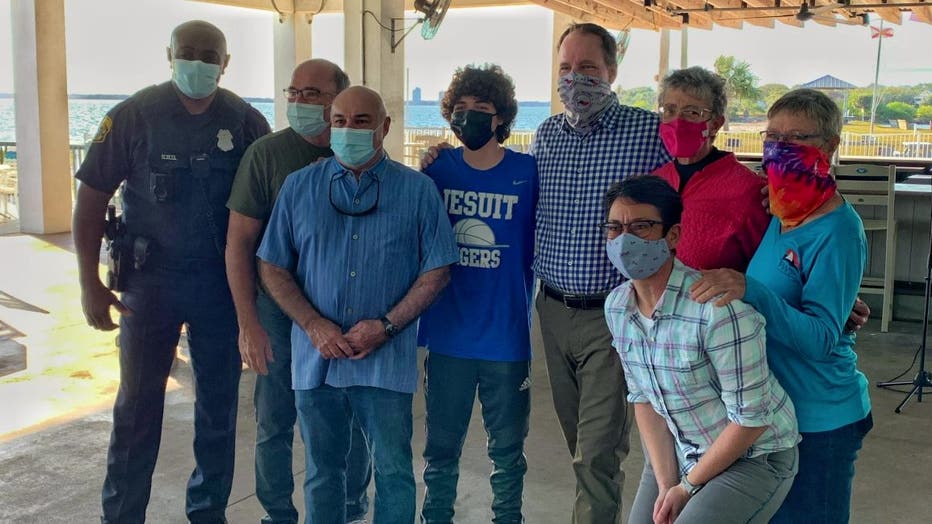 Mason meets those who helped safe his life

"A sequence of amazing luck happened right in front of us… Ken’s boat was in the water. If his boat hadn’t been in the water… There was a sequence of wonderful things that fell into place," said Lynne, one of the good Samaritans on the dock.

Officer Willie Lucas was working that day, patrolling Davis Islands when he got the call that a young boater had been hit by lightning.

"Someone waved me down and said, 'We have the young man on the boat'… and took over administering CPR," Officer Lucas said.

Mason was hit by lightning while on his personal watercraft in September. Now he's sharing details about the harrowing ordeal.

Mason was rushed to Tampa General Hospital. Mason remained in a reduced state of consciousness for almost a month, eventually being transferred via air ambulance to Shepherds Center in Atlanta.

His mom, dad, and stepdad were unsure of his condition when he came out of it, but never gave up hope.

Because of COVID, Mason’s mom Jessica was the only one allowed with him at Shepherd's Center. She slept in a chair for months, documenting his progress for his family back home -- and it was impressive. 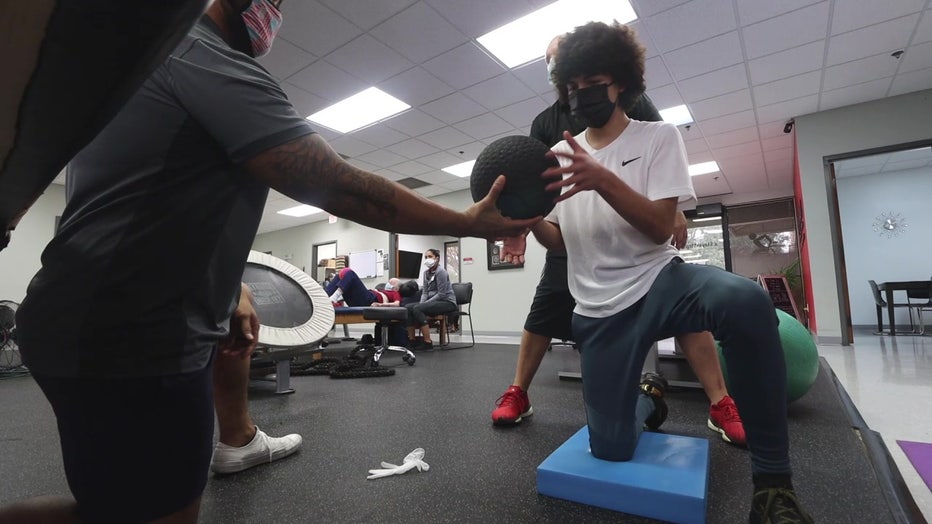 Six weeks into recovery Mason stood up. Then three days later, on October 19, he took his first steps.

For weeks, Mason has been waiting to meet the heroes who helped save his life. This week, they all got to meet, and he got to hug each and every one of them.

Mason’s father tells the group that a thank you to those he calls Mason’s guardian angels isn’t enough.

Mason also credits his faith for his recovery.

Doctors say if he had been face-down in that water one minute longer, he would not be here today. 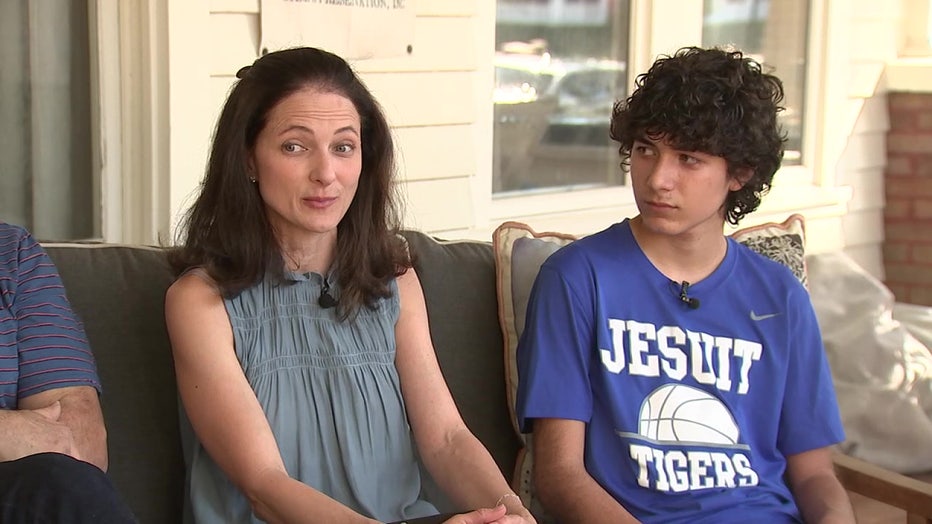 Mason's mother stayed by her son's side in the hospital, during the pandemic

And today, Mason’s day is filled with things he could have never imagined five months ago.

While his speech is still limited, as is his short-term memory, Mason has already beaten the odds, a fact not lost on those who saw Mason’s lifeless body that day. 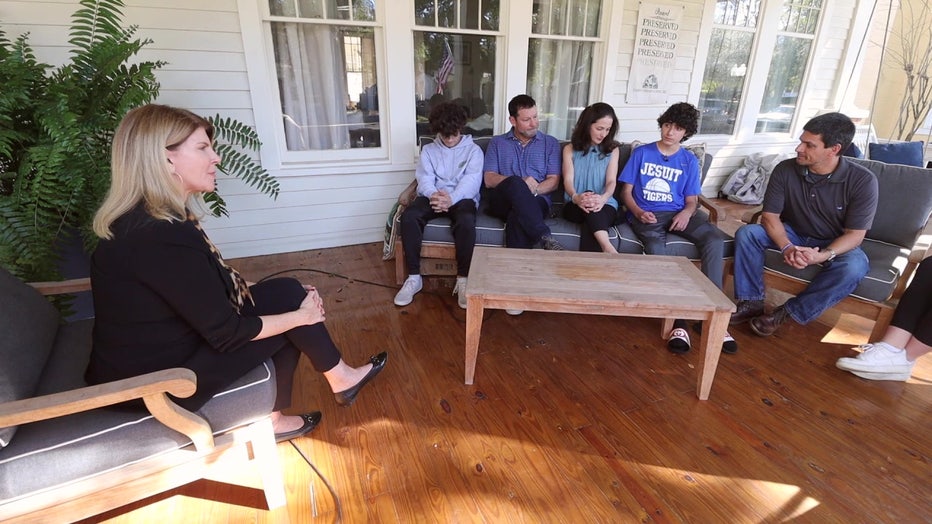 Mason has no memory of what happened to him on September 7. He only knows from the stories he’s been told that if these people hadn’t been here that day, he wouldn’t be alive.

He recently got to return to school for mass. But his ultimate goal is the life he had before the accident. 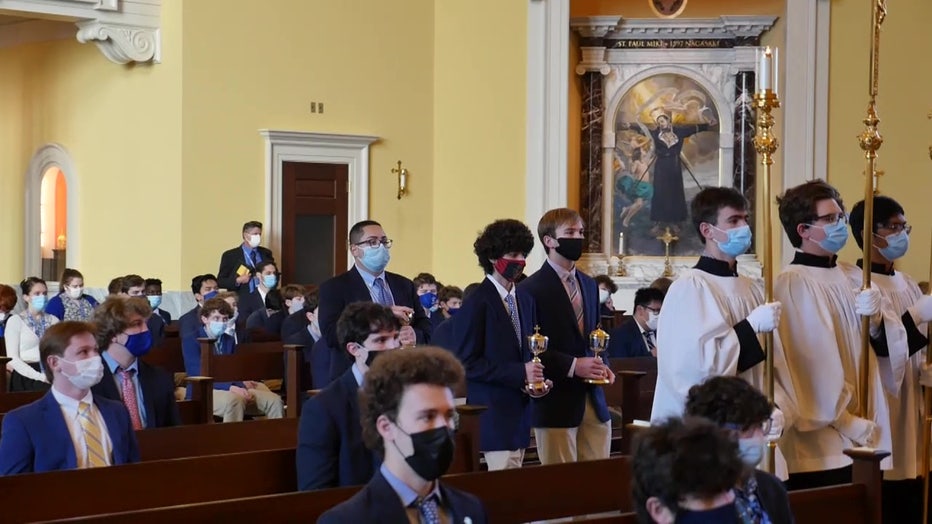 Mason returns to school for mass

His recovery still has a way to go, but those who helped in his rescue are astounded.