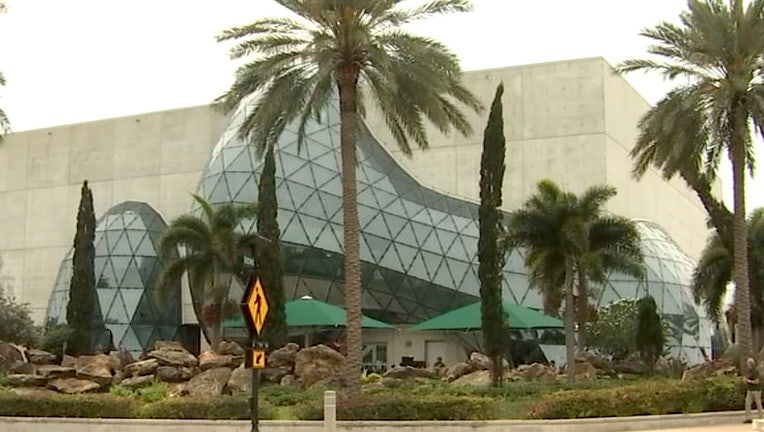 ST. PETERSBURG, Fla. - On Monday, the Dali Museum will celebrate its 10th anniversary at its current location.

Its location along Bayshore Drive SE opened in 2011 in downtown St. Petersburg. The original Dali Museum opened nearby back in 1982.

The works of Salvador Dali arrived in Florida after a couple from Ohio acquired a collection of his artwork. According to the museum’s website, A. Reynolds and Eleanor Morse bought their first painting, "Daddy Longlegs of the Evening, Hope!" on March 21, 1943.

That was just the first of many acquisitions. Forty years later, the Cleveland couple had the most distinguished collection of Dali’s work in the country. At first, they displayed the paintings in their home, but they decided to donate it by the mid-1970s.

Immerse yourself in Van Gogh’s art

If you're looking for an escape, a first of its kind Vincent Van Gogh exhibit will open at the Dali Museum this weekend in St. Pete.

In St. Petersburg, the community rallied to bring the collection to the Pinellas coast – and the Dali Museum opened.

The current building, located adjacent to the Albert Whitted Airport, opened on Jan. 11, 2001.

St. Petersburg Mayor Rick Kriseman will kick off Monday’s celebrations, and there will also be a 40-foot long loaf of bread as a tribute to one of Dali’s most famous works.

The museum is open to the public during the pandemic, but visitors must reserve a time online. https://thedali.org/