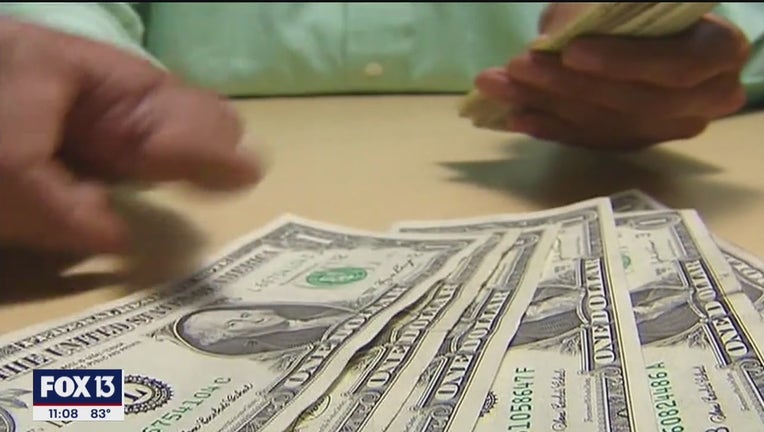 TAMPA, Fla. - A nationwide tour for a new app called The Black Wall Street wrapped up with a stop in Tampa, and its founders said they hope to use the app to help build what was destroyed throughout history.

"It’s really big because we have an opportunity to change and close the wealth gap based on our community learning and getting educated about what cryptocurrency is, how it works," said Najah Roberts, co-founder of The Black Wall Street app and digital wallet.

The app’s name calls back to a historic place where Black Americans once thrived and built wealth with businesses in the Greenwood neighborhood of Tulsa, Oklahoma, known as the Black Wall Street. In June 1921, white supremacists massacred about 300 African-Americans and destroyed the Black neighborhood leaving 10,000 people without homes and money. Roberts explained why they chose to name the app after the historic business district.

"It was imperative that people understood that the Black Wall Street, the physical Black Wall Street that used to be where it was in Tulsa, Oklahoma is the model for us around the country," said Roberts.

She said that Black Wall Street showed how Black communities grow when the money its residents spend actually stays within the Black community to support Black-owned businesses. Historians said you can trace the effects of the Tulsa massacre and destruction to the present day.

"I think if we continue across the 20th Century, there are federal sort of involvement, and redlining and failing to provide loans to Black communities," said K. Stephen Prince, an associate professor of history at the University of South Florida. "We could draw a direct line and say that Tulsa affected this many people across time. But for me, the more effective way to think about it is Tulsa is one of many moments at which Black wealth and generational economic well-being has been undercut."

The White House said the average Black family has 13 cents to every dollar in the wealth of a white family, and Black entrepreneurs said that has to change.

"The biggest challenge that’s in our community that we see is that we don’t have generational wealth because in the African-American community what has happened throughout the generations they didn’t have a place to start from," said Sam Harris III, a Tampa broker and developer with SamJen Realty.

"We own the technology. We own everything about it. We’re able to then use those funds from those apps to put that back into the community," said Roberts.

The app co-founder said they wanted to take the support for Black businesses that existed in the historic Tulsa neighborhood and move it to a digital space for the Black community to invest and learn.

One hundred years after the Tulsa massacre, the White House announced plans to address housing disparities among Black Americans and efforts to grow federal contracts with small disadvantaged businesses including Black-owned companies.