LAS VEGAS (AP) - A dolphin habitat at a hotel on the Las Vegas Strip has been temporarily closed after the third mammal death at the attraction in five months. 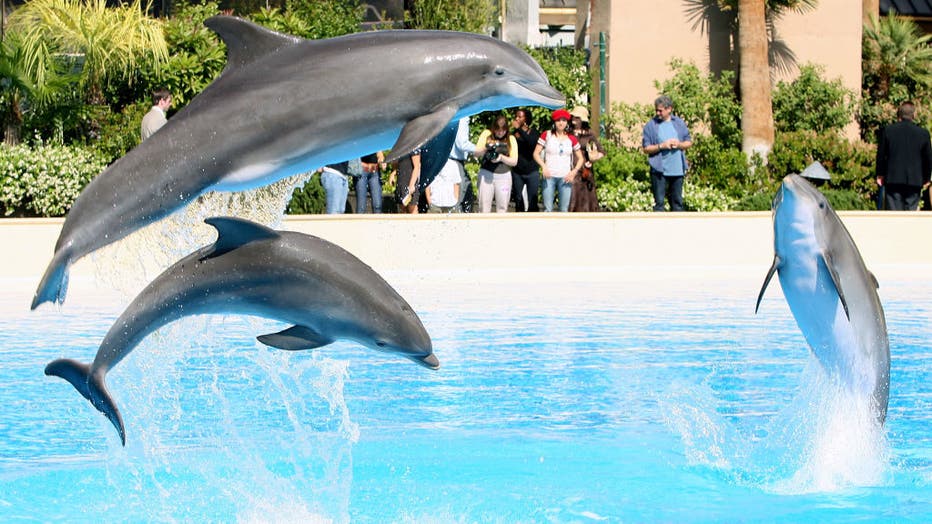 Three Atlantic bottlenose dolphins jump out of the water at The Mirage Hotel and Casino. Photo by Ethan Miller/Getty Images for Cirque du Soleil)

The cause of death remains unclear, but officials told the Las Vegas Review-Journal that the mammal had been receiving treatment for a respiratory illness.

According to the international organization Alliance of Marine Mammal Parks and Aquariums’ website, a bottlenose dolphin’s life expectancy is about 28 to 29 years.

Mirage interim President Franz Kallao said officials were working closely with veterinary and pathology experts to determine the cause of death for K2, who was born at the Secret Garden.

"We are also working with additional outside veterinary, water quality, behavioral, animal welfare, and environmental experts to help us conduct a thorough review and inspection of both the animals and the facility," Kallao added.

In February 2019, four remaining bottlenose dolphins at a Phoenix-area aquatic facility were moved to a new home in the Caribbean after four deaths at Dolphinaris Arizona since its 2016 opening.