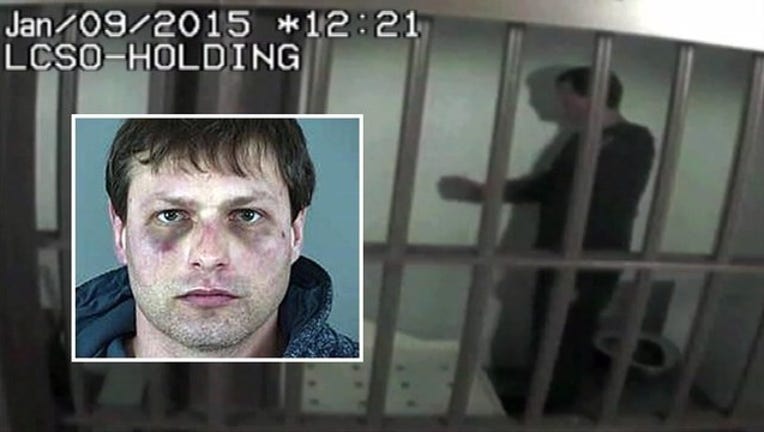 A California man is facing charges after trying to use his fist as a get-out-of-jail-free card.

But the entire plan backfired when he was caught on video punching himself in the face inside a holding cell.

The Oregonian reports that Aleksander R. Tomaszewski claimed detectives with the Lane County sheriff's office assaulted him – and that he should be released immediately.

The sheriff's department investigated the claim and then charged him with initiating a false report and attempted coercion after reviewing the video.

Later, authorities say he admitted that the complaint was filed in hopes of getting himself released.