Saluting one year at Bayboro Brewing

A Bay Area business that clawed its way through the pandemic comes out the other side. Charley Belcher stopped by Bayboro Brewing in St. Petersburg, where they just celebrated a special milestone.

ST. PETERSBURG, Fla. - James Coleman is proud of the beer business he's built, even though it's been a bit of a battle. Of course, the founder of Bayboro Brewing isn't afraid of a good fight; he's a proud Marine Corps veteran, serving from 2000 to 2004.

"I went back to college and I got into digital marketing and that's where I met Preston, our master brewer, if you will. And him and I kind of hit it off," Coleman explained. "I wanted to learn more about beer, ‘cause I like beer."

The saying goes, "if you like what you do, and you'll never work a day in your life." But it doesn't mean it will be easy. Finding the right real estate, getting the right permits -- it took many months, and in late 2019, just when they saw a light at the end of the tunnel, the pandemic began.

"You're brewing well before you open. So back in October, November, we're brewing beer," recalled Coleman. "And then December, January, we're watching this thing kind of come from all over the place in Asia and then move to the West Coast. And that's when you have what we call the ‘pucker factor’ and you're thinking, ‘What's going to happen with us?’"

They decided to press on and set March 17, 2020 for their grand opening.

"And then [Mayor] Kriseman announced 5 o’clock, St. Patrick's Day, we're going to shut the city down." 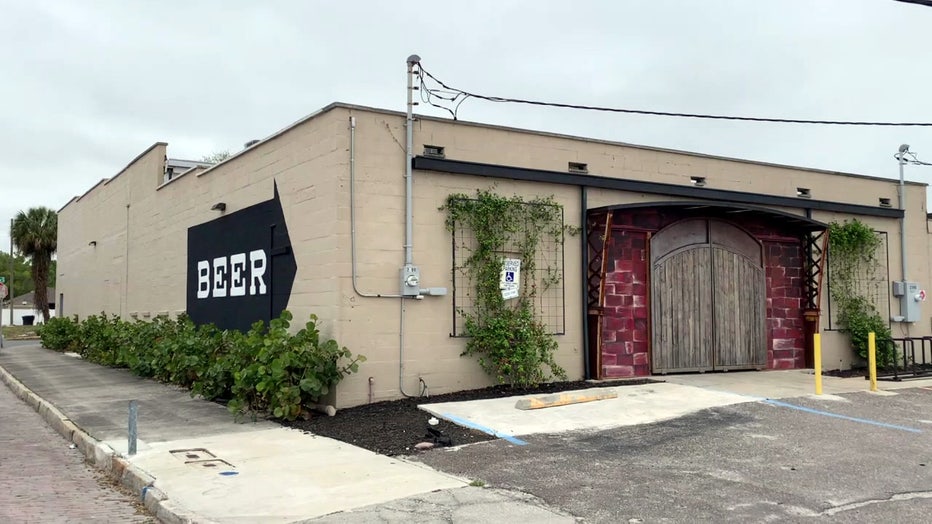 "And by then, it was just kind of like, we gotta find a way," Coleman continued.

But they did. Bayboro reopened when they were allowed to, following guidelines of how to operate safely, and business has been slowly building. They have a wide variety of beers and hope to add food down the road.

"There's always something new, but we always have the classics, you know? The Germans, the Belgians, I think, a lot of people are resonating with the OG's of beer. It's been around thousands of years," Coleman offered. "But we're also going ‘OK, what can we do spice things up and try something new?’ Whether it's introducing habanero to a beer or introducing a new sweet sugar to make it fun and exciting, but give people an opportunity to be there with us from creation to into putting it on tap." 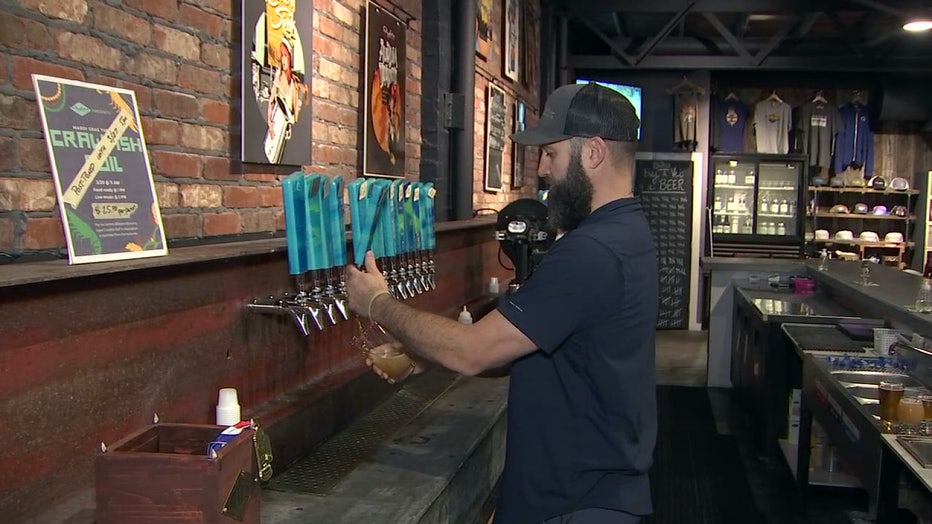 He’s proud to serve: First his country, now a pint of beer. But above all, the Coleman family wants this to be a gathering place for the community.

"The Marine Corps was based in Tun Tavern, and it's that old adage that the news comes from your community spaces and I wanted this to be a communal space. It's for everybody in St. Pete," he added. "So you can come here, be a part of our family; we call it the Bayboro Fam. We just want to give and take and share and pay it forward to the people that helped us and are helping us succeed here."

Bayboro Brewing is located at the corner of 5th Avenue S and 24th Street S. They are open seven days a week.