WHITE ROCK, Mo. - A trunk hauling crates of whiskey through Missouri spilled thousands of bottles onto a highway after overturning early Wednesday.

The truck was carrying 40,000 pounds – about 12,000 bottles – of Templeton Rye whiskey when it rolled around 5 a.m. on U.S. Highway 71 near the Arkansas border, KODE-TV first reported.

No one was injured. However, photos of the wreckage showed a shredded tractor-trailer. Thousands of bottles of the 80 proof spirit were broken and strewn across the highway and in a nearby ditch. 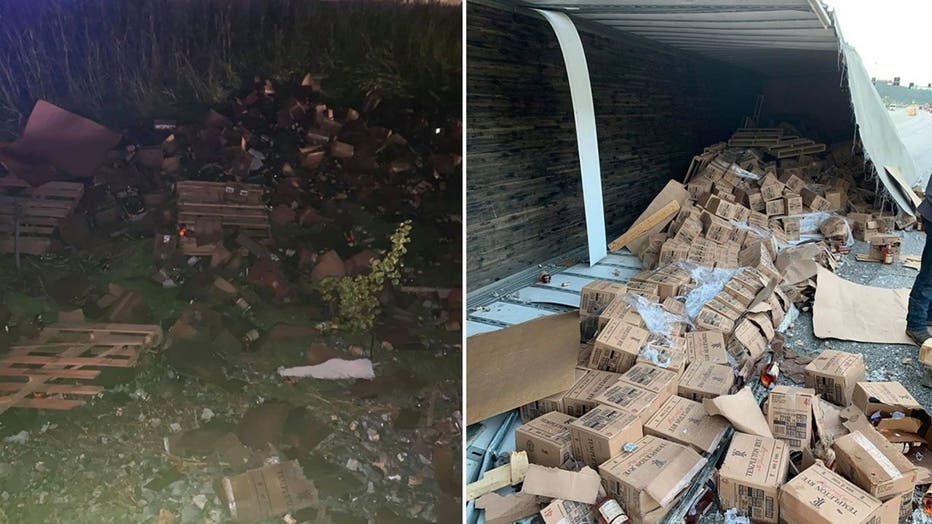 Broken bottles of whiskey lay across the highway and scattered into a nearby ditch. (White Rock Fire District)

"It makes you wonder what else can go wrong in 2020,” Templeton Rye co-founder Keith Kerkhoff told the Springfield News-Leader. “Thank God, nobody got hurt.”

The four-year-old whiskey was being shipped from a distributor in Templeton, Iowa, Kevin Boersma, Templeton Rye's processing manager, told the paper.

The shipment, which had a retail value over $325,000, was considered a total loss, along with the truck and trailer, Kerkhoff and Boersma said.

While pictures and video from the scene showed some cases may not have been damaged, it remained unclear whether any of the whiskey was salvaged.