TAMPA, Fla. - Hundreds showed up Saturday to march with Titus O’Neil and Dave Bautista for Saturday’s ‘Love Walk’ through Tampa.

“This is not a protest. This is a general call to action for the community”, said pro-wrestler and community leader Titus O’Neil. “We want people to use love and take that love that they have for general human beings and put it into action.” 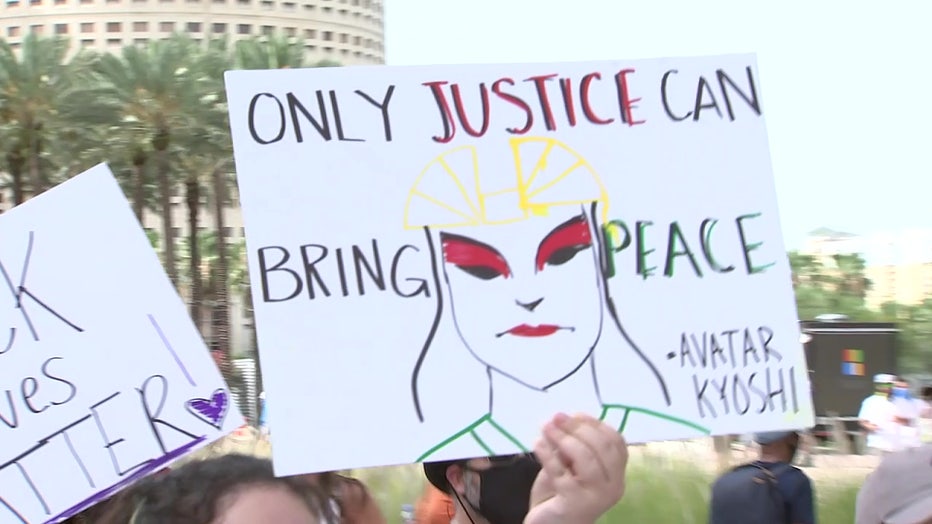 Fellow wrestler and actor, Dave Bautista, walked side by side with O’Neil, also calling for change.

It was a walk meant to inspire and bring about change. O’Neil spoke to the crowd about building new bridges between each other while those marching crossed over the Fortune Taylor Bridge.

“The significance of the Fortune Taylor Bridge for this city for this area is huge. She was a freed slave that owned 33 acres of land, that bridge being able to be built on her land,” said O’Neil. 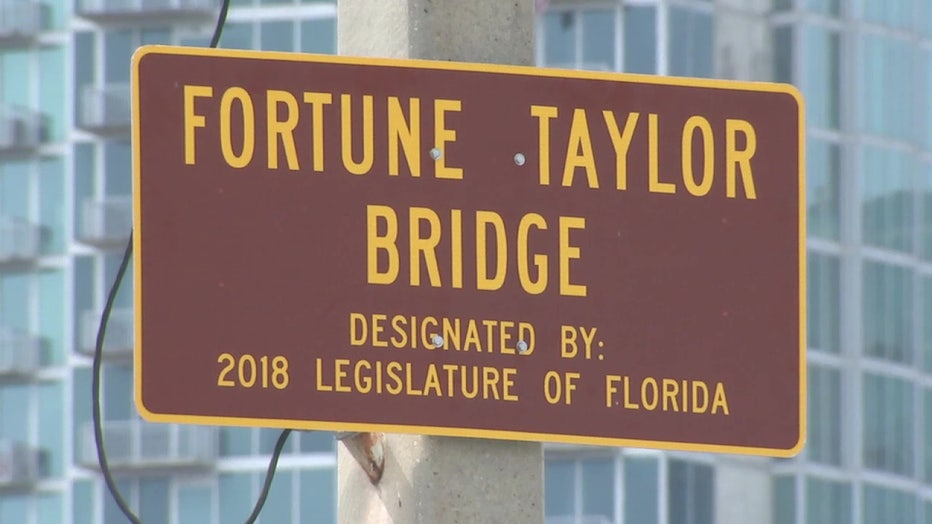 The Fortune Taylor Bridge sits just outside Julian B. Lane Riverfront Park. It was built back in the late 1800s to connect West Tampa to East Tampa with the hopes of bringing communities together. It’s a message that O’Neil says still stands today.

“There’s so much underneath that bridge. So many steps have been taken to get people from one point to another. So why not utilize that bridge for us to take a step forward to hopefully something new,” said O’Neil. 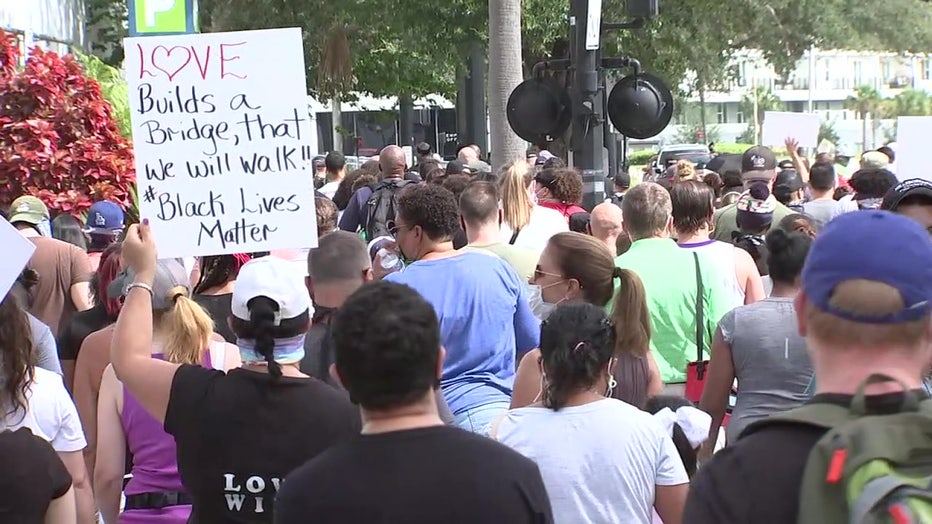 O’Neil’s message of hope was summed up in a beautiful mural titled “Love Wall.” It’s a permanent reminder of the change that can happen in our community.

“We can’t change the world if we don’t change at home. It’s got to start at home,” said O’Neil. 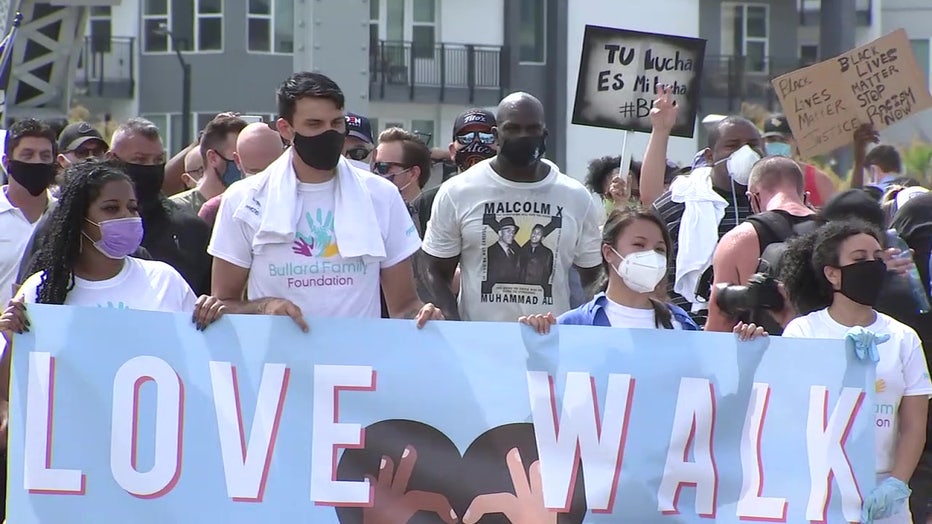 The mural was unveiled at Julian B. Lane Waterfront Park where it will stay for a while as the city figures out a more permeates location.