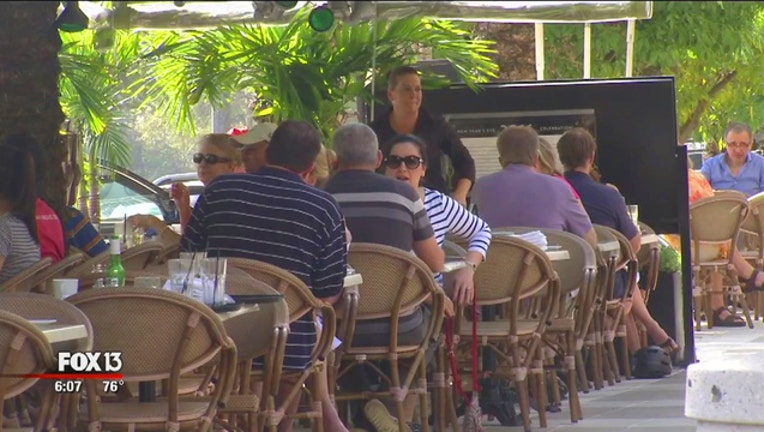 ST. PETERSBURG (FOX 13) - Pinellas county's monster-sized tourism industry ends 2015 on a high note, with bright prospects for the future beyond 2016.

He predicted this holiday season will be yet another record-setter, with unusually warm weather and social media getting 2016 off to a good start.

"People come down to sunny Florida, to St. Pete Clearwater, and they put pictures of themselves online, send them back to everybody, swimming in the water on New years Day, on Christmas Day" Downing explained.

One hotelier on Clearwater Beach compared the holiday crowd to spring break, the traditional high water mark for Pinelllas tourism.  David Yates, Executive Director of the Clearwater Marine Aquarium, said the attraction has been at near-record attendance every day.

"You gotta have a souvenir to take home, a T-shirt, a bottle of wine made in Florida, a beer made in Florida" John's Pass Merchants Association President Matt Powers told FOX 13 News, "And they gotta eat, so the restaurants are having a good time."

The Alden Suites, a nearby neighbor of the TradeWinds, is going to a $10.10 minimum wage effective New Years Day.

"When demand is high, and there's a need, and unemployment is dropping the way it is, yes there is a price war for employees" general manger Tony Satterfield said, "So I think you will see not only giving back to the employees because things are so good, but to remain competitive with employees you're going to have to do things like that."