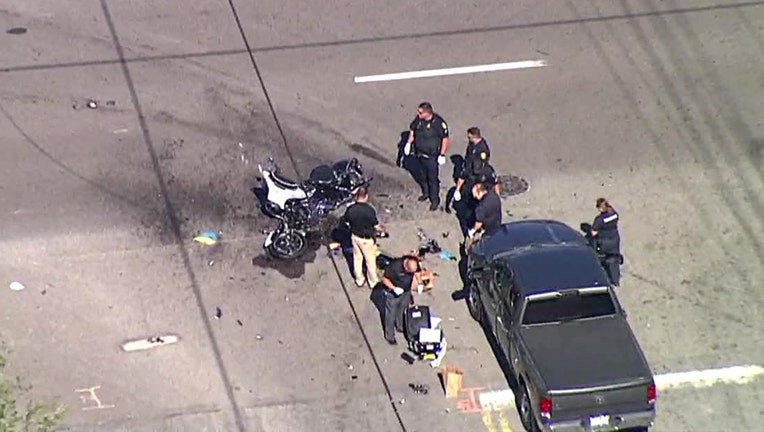 Investigators gather around the damaged motorcycle where a Tampa police officer was struck by a vehicle.

TAMPA, Fla. - A Tampa police officer is in the hospital with serious injuries following a crash Thursday morning on Adamo Drive.

According to the Tampa Police Department, the 38-year-old officer was riding his motorcycle eastbound on Adamo Drive approaching the intersection of N. 26th Street around 11 a.m.

That’s when police say a 54-year-old woman in a red Honda Accord cut in front of the officer and collided with his motorcycle as she crossed southbound Adamo Drive.

Police say the officer was taken to Tampa General Hospital with serious injuries, including a possible fractured femur. 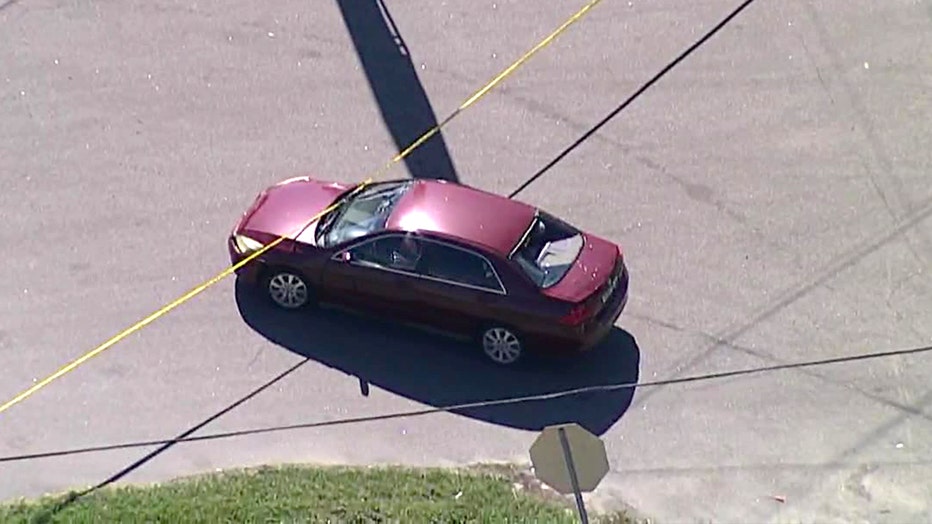 Aerial footage shows the red Honda involved in the Tampa crash. Police say the driver cut in front of the officer who was riding a motorcycle.

The driver of the Honda was not injured and police say she stayed at the scene and is cooperating with the investigation.

READ: TPD to honor first female officer who took her own life 36 years ago

According to TPD, the woman will be cited for her role in the crash. 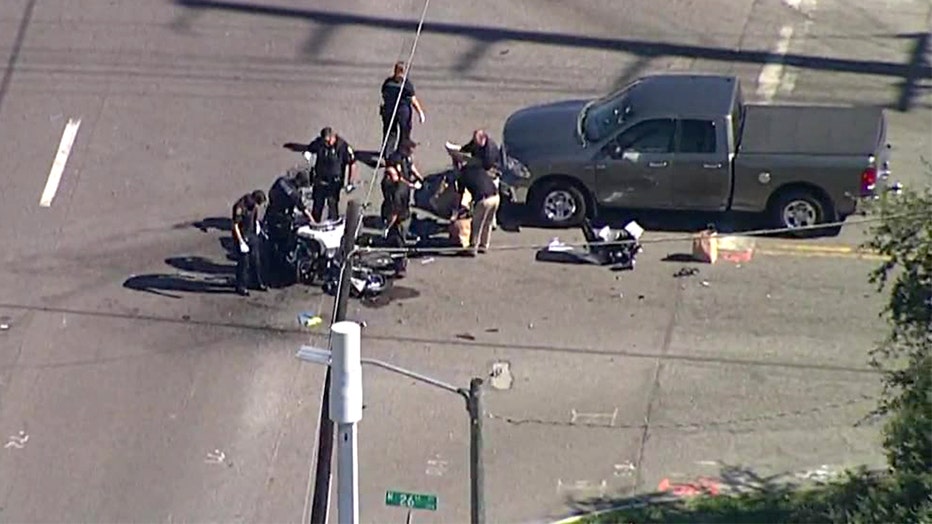 The view from SkyFOX shows the scene where a Tampa police officer on a motorcycle was struck by a vehicle. Piece of the motorcycle were scattered around the scene.