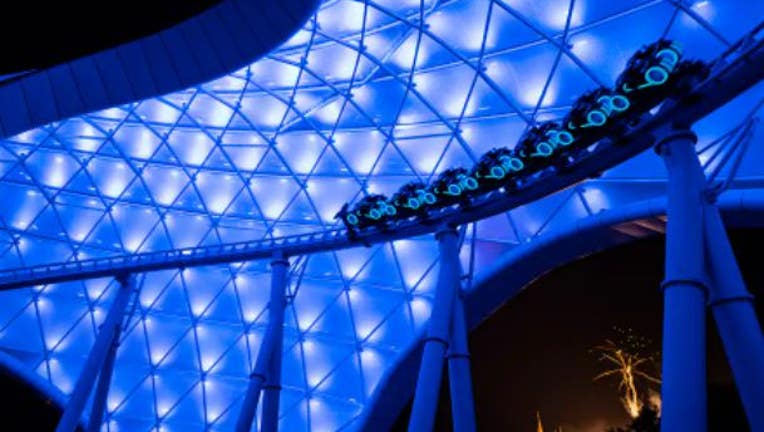 ORANGE COUNTY, Fla. - Walt Disney World Resort's highly-anticipated TRON Lightcycle / Run coaster! is set to open in spring 2023 in Orange County. It's one of the many announcements made by the company over the weekend at its D23 Expo.

Back in July, the company revealed a first look at what the ride will look like when construction is completed in Tomorrowland at Magic Kingdom – and it just so happened to be on the 40th anniversary of the 1982 film "TRON."

"You’ll climb aboard your very own Lightcycle and race through a dark, computerized world alongside your family and friends," Disney Parks Blog said in a statement on its website. "As you swoop and swerve throughout the course, your team will compete to be the first to race through eight Energy Gates and claim victory." 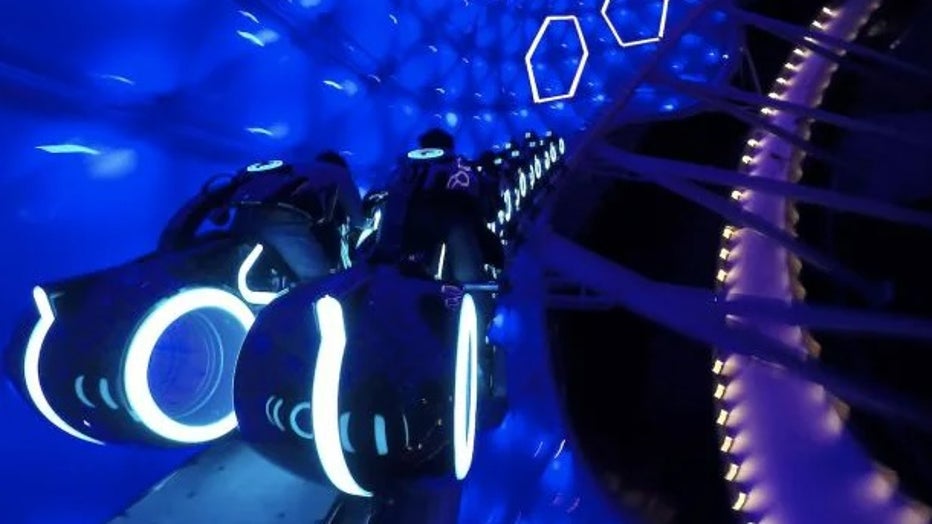 Officials said the Tron coaster will be one of the fastest coasters in any Disney park.

The ride was first announced five years ago at the D23 Expo in Anaheim, California, and is said to be a clone of Shanghai Disneyland's TRON coaster.

During the expo, Disney Parks, Experiences and Products Chairman Josh D’Amaro made multiple announcements about the future of Walt Disney World Resort, hinting at an updated nighttime spectacular that will light up the skies at Magic Kingdom next year.