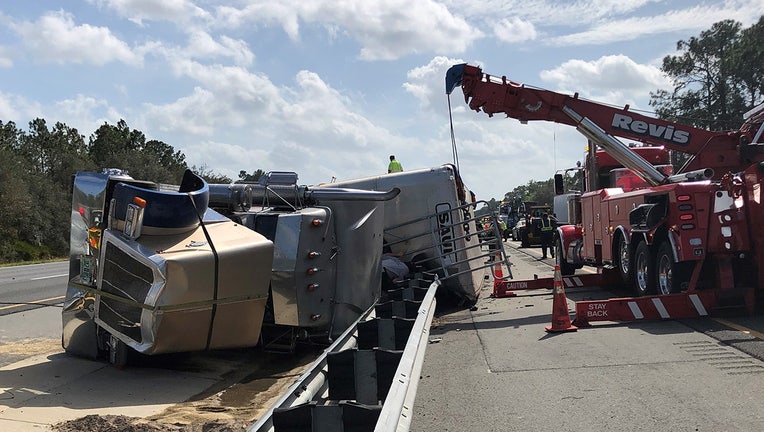 WILDWOOD, Fla. - Nearly 20 cows died Thursday afternoon following a crash on Interstate 75 in Sumter County on Thursday, according to the Florida Highway Patrol.

Troopers said Jay Mallard Lanier, 59, was transporting 83 cows when he fell asleep at the wheel causing his semi-truck to enter the median, collide with the guardrail and overturn onto its left side.

Nineteen of the 83 cows being towed died in the crash.

The crash caused portions of the interstate to close in both directions Thursday afternoon.