TAMPA, Fla. - A tropical storm watch has been issued for a portion of the east coast of Florida, as the National Hurricane Center now believes Tropical Storm Isaias will strengthen to become a hurricane by Friday.

The watch was issued during the 5 p.m. Thursday advisory, from the northern Florida Keys up to Sebastian Inlet in Melbourne.

The storm has winds up to 60 mph as it moved northwest, bringing heavy rainfall to Puerto Rico and moving north of the Dominican Republic Thursday afternoon.

As of the 5 p.m. update, the track again shifted to the east, putting the entire Tampa Bay region outside of the cone of uncertainty.

FOX 13's meteorologist Dave Osterberg says the forecast for Florida this weekend depends on how the storm interacts with Hispaniola.

"It's going to interact with Hispaniola, and how much it interacts with those mountains will be a massive key into the forecast moving forward as it happens," he said. "Our rain chances may stay low all weekend long."

The new track keeps Isaias barely offshore the east coast of Florida, and then turns it up to the Carolinas. 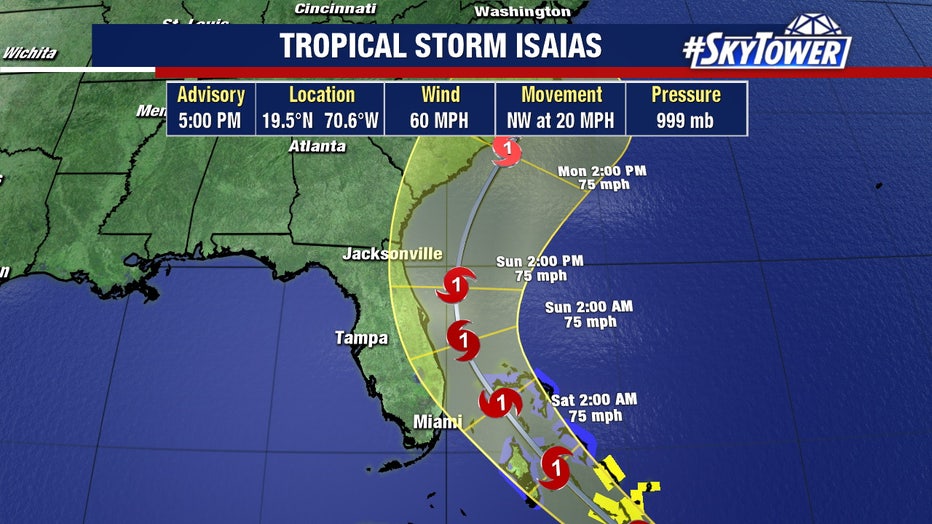 "Yesterday the models were all toward the Tampa-area, today they're all back to the east coast," Osterberg said, describing the situation as a windshield-wiper effect with the models.

He said a high pressure system over the Atlantic Ocean and an upper level trough off to the west is guiding the tropical system.

"I know these storms are large, but they are not large enough to override these types of -- we call them synoptic features, like high pressures and low pressures -- it's just going to happen," Osterberg explained. "So what it tries to do is squeeze between the two and find a weakness in that ridge or go around the ridge and that is what the storm is going to do."

"But," he added, "a 50-mile jog either way makes a massive difference in what is going to happen here over the weekend." 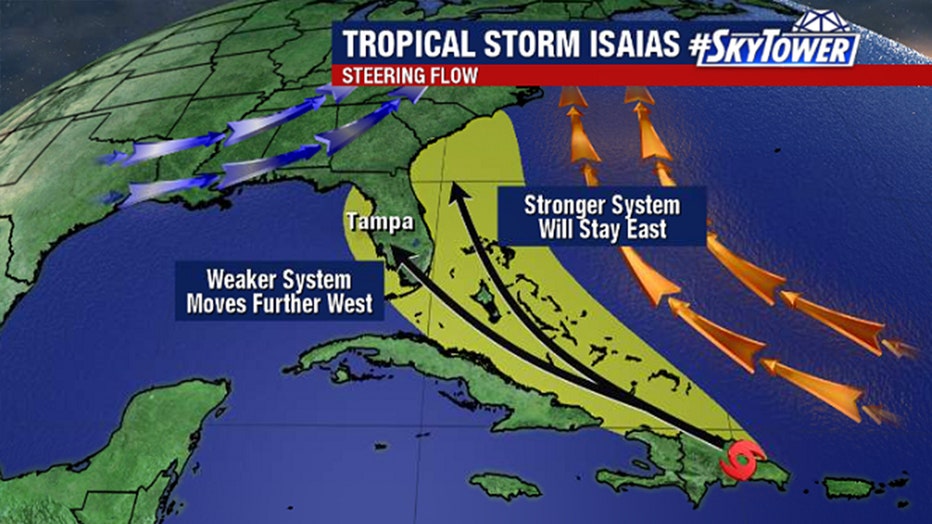 While parts of Tampa Bay is out of the cone of uncertainty, inland parts of the viewing area remain inside of it.

"On the path right now, the lion share of this situation will stay off to the east," Osterberg said. "Now don't get me wrong, if this storm emerges of the coast of the Dominican Republic a bit further west than you thought, you throw that out -- and the track comes back to the west."

Further adjustments are likely because the center could reform once the storm clears the islands. Despite the track shift to the east, Osterberg said, there is still a fair amount of uncertainly in where the storm will track. 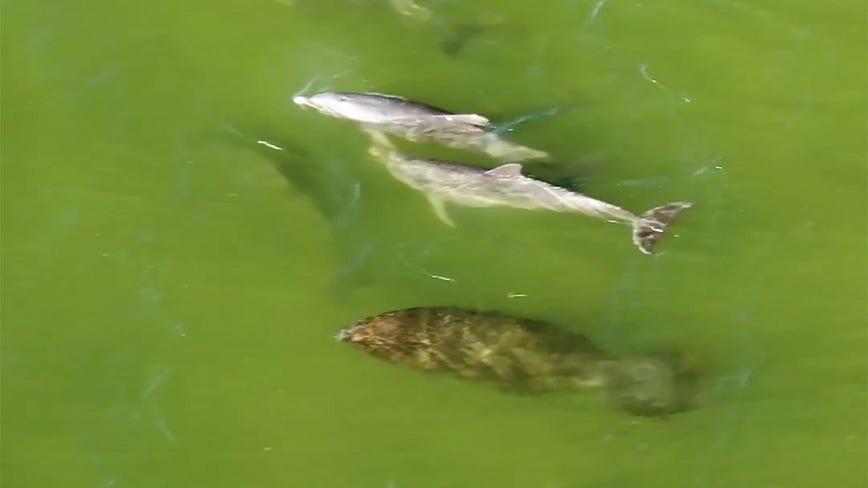