Forgotten Black cemetery may be under Tropicana Field parking lot

ST. PETERSBURG, Fla. - Archeologists are spending the week at Tropicana Field looking for evidence of a lost African American cemetery that may have been paved over decades ago.

The cemetery was supposed to have been relocated, but that may not have been the case.

As the city grew, many graves, mostly of African Americans, were relocated but it is believed many were ignored and left behind.

Louis Claudio located property records, including some maps, and started to get the ball rolling on the project. He says the Oaklawn Cemetery opened in 1900. Today it's VIP Lot One in the Tropicana Field parking area. 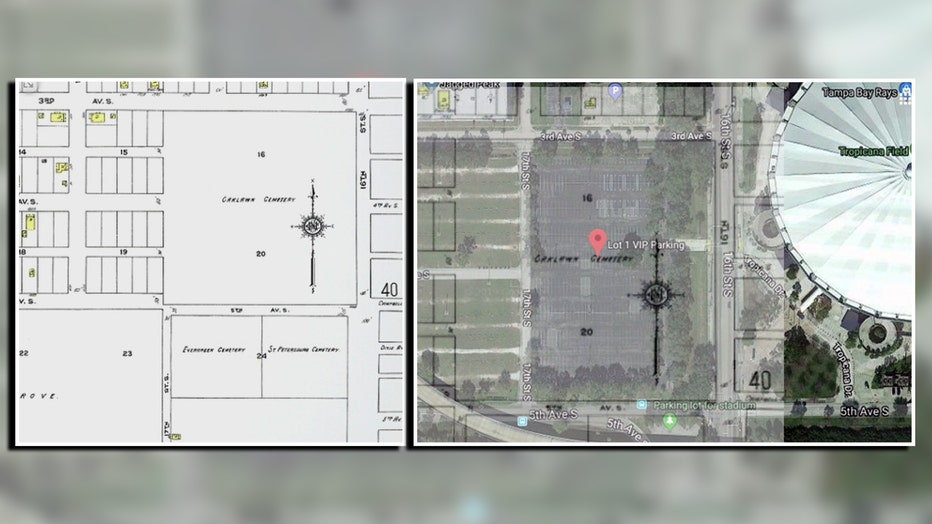 "Oftentimes, a lot of graves are left behind, either by design or by accident," said Claudio. "Many folks that weren’t able economically able to purchase gravestones and such, they made markers out of wood and other things that would decay after a while."

The city of St. Petersburg hired a team of archeologists to do a radar study. They’ll be at the Trop all week taking images to get a better idea of what lies beneath.

Meanwhile, proposals for the redevelopment of the Tropicana Field site have been submitted to the city. Mayor Rick Kriseman has narrowed it down to four, which are currently out for public comment.

If gravesites are found, the community will have a conversation on how to memorialize the site.

The old cemetery at Tropicana Field is the latest to be researched. Two were identified in Clearwater and several more have been found in Tampa.

If the radar study shows "anomalies," teams will start the process of carefully pulling back soil to identify and confirm grave shafts.