RIVERVIEW, Fla. - A crash involving a mail-hauling truck left only one of Interstate 75’s southbound lanes open in Hillsborough County this morning as crews worked to clear papers and cardboard from the busy highway, but officials say local mail delivery should not be impacted.

The scene was along southbound I-75 just north of Big Bend Road. Florida Highway Patrol troopers say a tractor-trailer hauling water and produce was stopped along the shoulder with two flat tires. Around 7:15 a.m., the passing mail truck -- a private contractor -- swerved onto the shoulder and slammed into the back of the disabled truck.

The resulting crash left a mess along the interstate. The view from SkyFOX showed mail strewn for hundreds of feed along the road; firefighters and other workers were sweeping and even blowing the lanes clear while other crews tended to the damaged tractor-trailers. 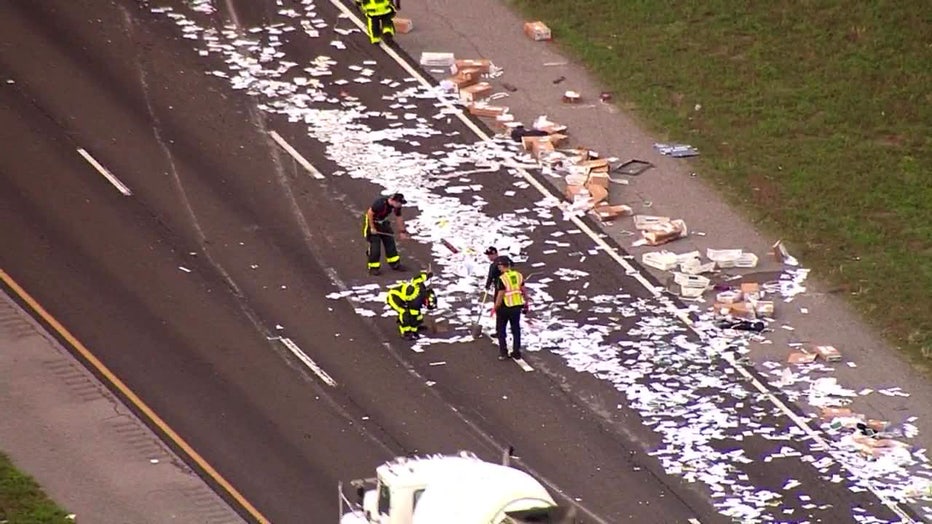 Only one lane of traffic was getting by, causing backups through that part of Hillsborough County. All lanes finally reopened around 11 a.m.

While deputies intially described the truck as a "mail truck," officials with the U.S. Postal Service later clarified that the truck was carrying advertisements to be delivered via the mail, and no first-class mail or parcels were involved. 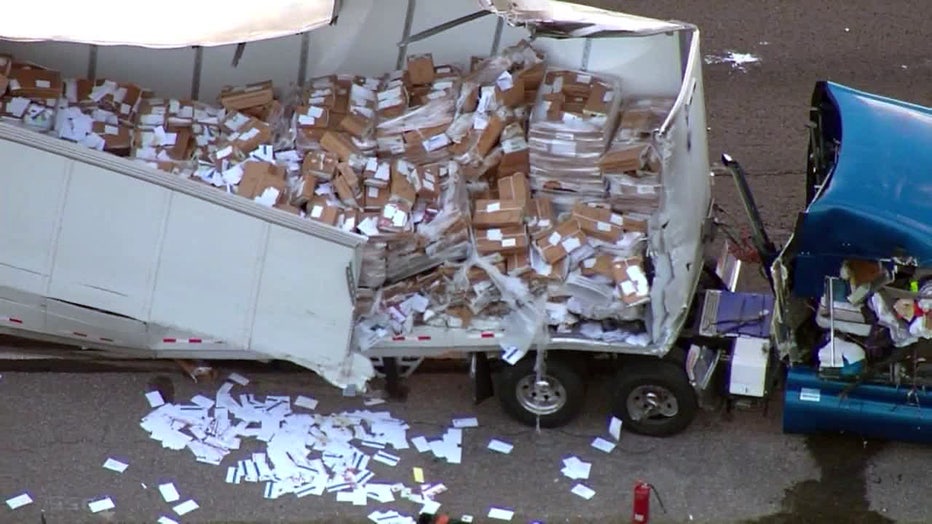 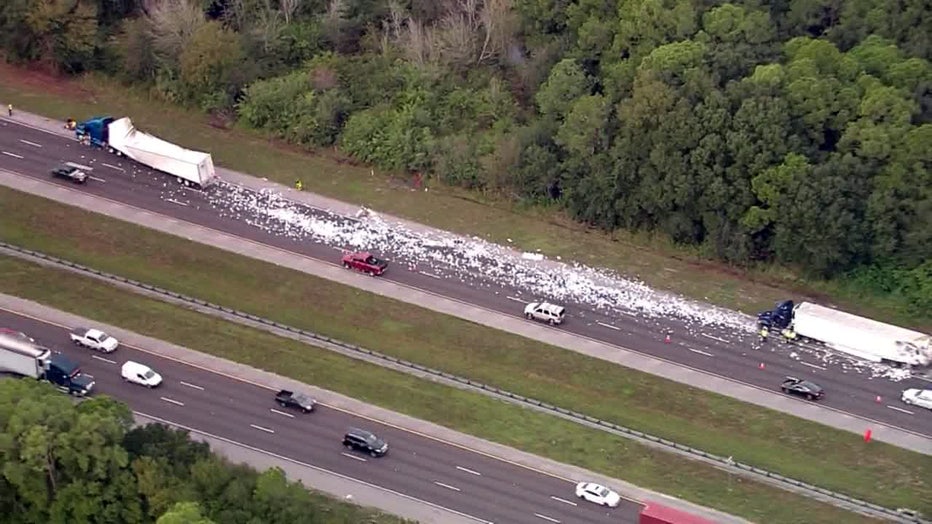 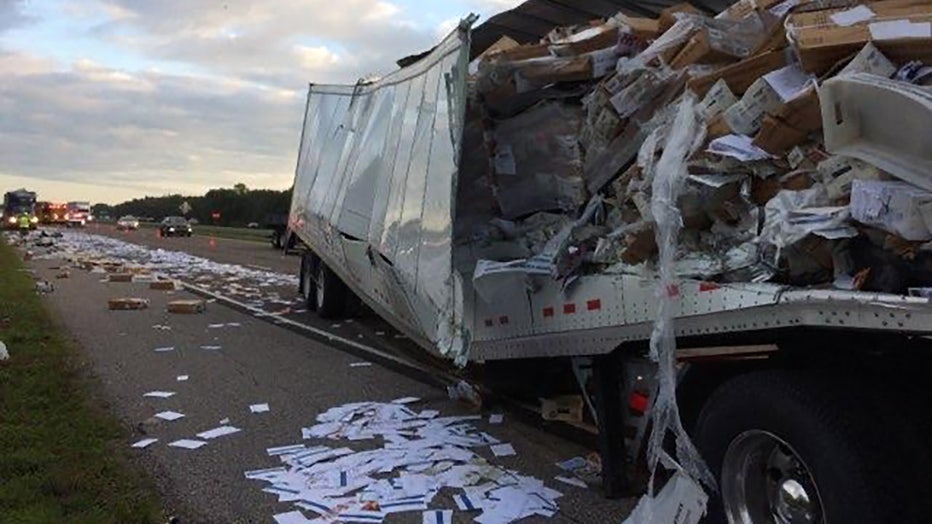 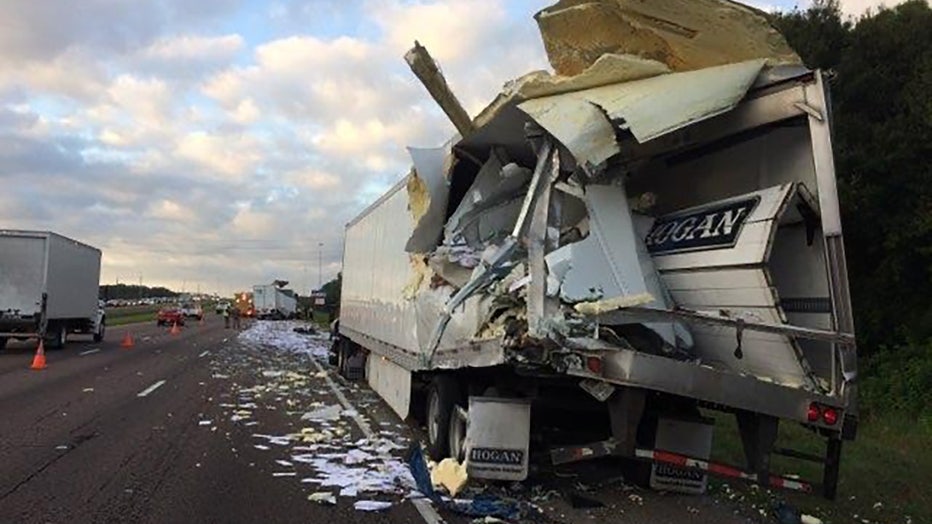