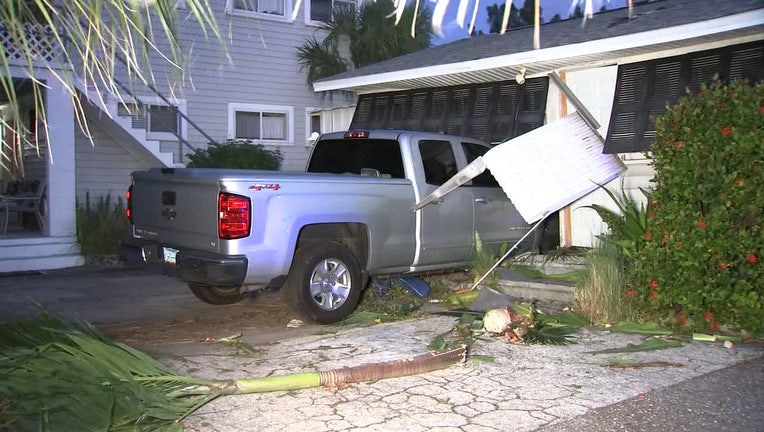 TREASURE ISLAND, Fla. - A truck slammed into a Treasure Island home with enough force that it knocked the building off its foundation, officials say.

The crash occurred Thursday evening in the 10000 block of Gulf Boulevard. No one was inside the home at the time; the resident was out of town.

A silver Chevy Silverado with a Nevada license plate was seen partially inside the home after it knocked down a wall.

Officials say the home was so damaged that it has been condemend.

The truck driver, who recevied minor injuries, will receive a citation.