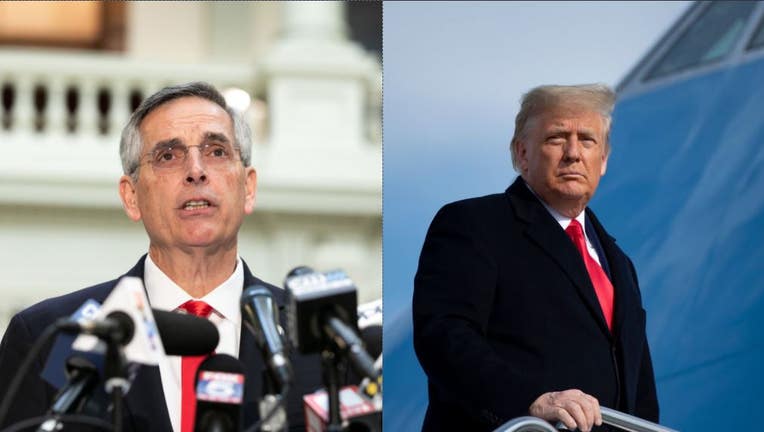 ATLANTA - The legal team for President Donald Trump has dropped all litigation against the State of Georgia related to the 2020 Presidential Election, the Secretary of State's Office announced Thursday.

"Rather than presenting their evidence and witnesses to a court and to cross-examination under oath, the Trump campaign wisely decided the smartest course was to dismiss their frivolous cases," Raffensperger said.

The dismissal comes less than a day before the president's legal team was set to present their evidence to a court and to cross-examination.

Raffensperger said he sent a letter to Congress on Wednesday that went point-by-point debunking false claims raised about the state's election. Claims the secretary's office has maintained were being spread by the president and his supporters.

"Even in capitulation, they continue to spread disinformation," the release stated.

Just before midnight, congress entered Georgia's 16 Electoral votes for President-elect Joe Biden into the record, but not without objection. Rep. Jody Hice (R-GA), stood before the joint session offering an objection, but Sen. Kelly Loeffler (R-GA), who had previously said she would support the objection, had withdrawn it following the breech of the Capitol building earlier in the day.

Vice President Mike Pence, who was presiding over the certification, dismissed entertaining the objection as a result.

"Spreading disinformation about elections is dangerous and wrong," said Raffensperger.

Three other lawsuits, both in state and federal courts, were also dismissed, the secretary said, who added, no settlements were reached in those cases either.