RALEIGH, N.C. - President Donald Trump was projected as the winner of the battleground state of North Carolina by the Associated Press  and FOX News Friday after a days-long delay in ballot tabulation.

The projected win adds 15 electoral votes to Trump’s total, but will not affect the outcome of the election overall, since President-elect Joe Biden was projected days ago to exceed the 270 electoral votes needed to win the presidency.

Trump’s victory in North Carolina brings him to 232 electoral votes. Biden, who was projected as the winner of the election on Nov. 7 by FOX News, the Associated Press and other major news outlets, has 290 electoral votes and defeated Trump by flipping Pennsylvania, Michigan, Wisconsin and Arizona.

North Carolina had been too close to call even as the president led by over 12,000 votes as of Wednesday.

“It took long enough! What is taking North Carolina so long? Are they looking for more ballots to fix that one also?” Trump tweeted Thursday, apparently alluding, without evidence, to election fraud in the state.

But there has been no evidence of widespread fraud or irregularities in the 2020 election. In fact, election officials from both political parties have stated publicly that the election went well and international observers confirmed there were no serious irregularities.

On Thursday, the members of the Election Infrastructure Government Council Executive Committee and other committees within the Department of Homeland Security released a statement saying that the 2020 presidential election was “the most secure in American history.”

According to the joint statement released by the committees, which are part of the Cybersecurity and Infrastructure Security Agency under DHS, election officials are reviewing and double-checking the entire election process, and have not found evidence of widespread voter fraud or irregularities.

RELATED: 2020 election was ‘most secure in American history,' according to CISA committees

“When states have close elections, many will recount ballots. All of the states with close results in the 2020 presidential race have paper records of each vote, allowing the ability to go back and count each ballot if necessary. This is an added benefit for security and resilience. This process allows for the identification and correction of any mistakes or errors,” the statement read. “There is no evidence that any voting system deleted or lost votes, changed votes, or was in any way compromised.”

“While we know there are many unfounded claims and opportunities for misinformation about the process of our elections, we can assure you we have the utmost confidence in the security and integrity of our elections, and you should too. When you have questions, turn to elections officials as trusted voices as they administer elections,” according to the CISA statement.

Trump’s campaign filed a barrage of legal challenges in multiple states in the days following the 2020 election, but most of the actions have been dismissed by judges. On Friday, Trump’s legal team withdrew a challenge to Arizona’s election results that was filed after Biden won the state. 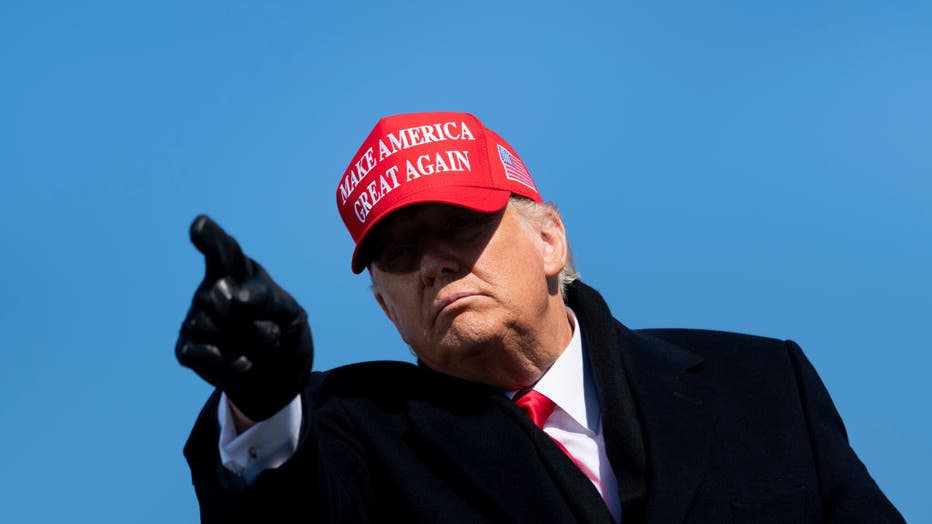 In a filing Nov. 13, the campaign said that “the tabulation of votes statewide has rendered unnecessary a judicial ruling as to the presidential electors.”

The issues Trump’s campaign and its allies have pointed to are typical in every election: problems with signatures, as well as the potential for a small number of ballots miscast or lost. With Biden leading Trump by wide margins in key states, none of those issues would affect the election’s outcome.