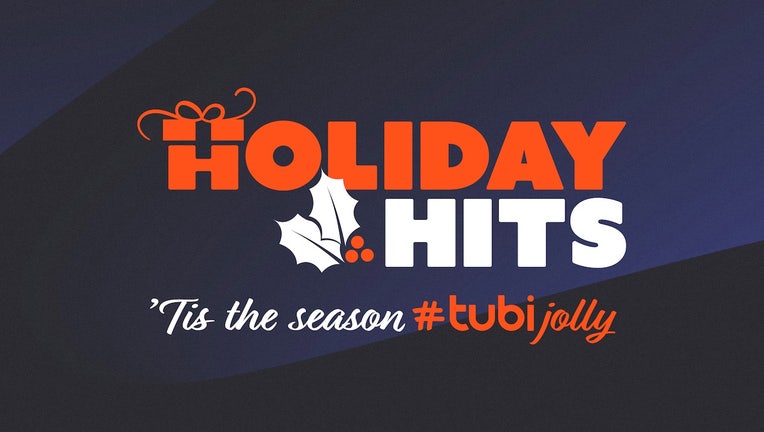 CHICAGO - If you’re dashing through the internet in search of some free holiday viewing, Tubi should end up on your ‘nice’ list.

The first of the FOX-owned streamer’s original features is "Most Wanted Santa," premiering Friday, Dec. 3. In this comedic holiday heist movie, an FBI Agent (Denyce Lawton, "Act Like You Love Me") and an LAPD detective (Teresa Castillo, "General Hospital") join forces to track down an art thief whose approach is both clever and festive: he shows up dressed like Santa, but instead of departing with milk and cookies, he makes off with multi-million dollar works of art. Soon Harper begins to suspect that the handsome art lover in her life (Donnell Turner, "General Hospital") might be the one hiding beneath that iconic red hat. Kristin Fairweather directs.

While "Most Wanted Santa" may be best for grown-ups, the second Tubi Original of the month should suit the entire family. In "The Secrets of Christmas: Revealed," shocking truths about one Kris Kringle come to light after a "massive data breach results in the release of millions of secret documents revealing the confidential inner-workings and mysteries of Santa’s entire Christmas operation — from his hidden network of spying elves, to Mrs. Claus’ covert role in the organization, and evidence pointing to Santa’s own magical abilities."

"The Secrets of Christmas: Revealed" will also air on FOX on Dec. 20, giving both broadcast and streaming audiences a chance to take part in what a press release calls "a gripping audience play-along... layering in pieces of information that all build up to a final reveal exposing the biggest secrets of Christmas."

More on "Holiday Hits," from a press release:

The Family Stone (2005): This modern Christmas classic celebrates the holidays by acknowledging that, sometimes, family can be kind of the worst. When successful Manhattan executive Meredith Morton (Sarah Jessica Parker) joins her boyfriend Everett Stone (Dermot Mulroney) for Christmas with his tightknit family, her uptight ways don’t exactly jibe with their bohemian values. Things get even more complicated when she impulsively invites her little sister Julie (Claire Danes) to crash the event for moral support. With stand-out supporting turns from Diane Keaton as the Stone family matriarch, Luke Wilson as Everett’s bashful brother, and Rachel McAdams as their sardonic sister, "The Family Stone" has carved out its own unique place as a family dramedy that understands that the tough times only help you appreciate the good times more. Rated PG-13. 103 minutes. Dir: Thomas Bezucha. Also features Craig T. Nelson, Elizabeth Reaserand Tyrone Giordano. Now streaming (for free) on Tubi.