TAMPA, Fla. - Six women between the ages of 18 and 24 were forced into stripping and prostitution in a human trafficking case that began in Cuba and ended with their rescue at a Tampa mall.

Hillsborough County Sheriff Chad Chronister said the women were held in two small rooms and only let out to work.

"They were forced to work in various adult entertainment clubs in Hillsborough and Pinellas counties and never allowed to leave the home without an escort," Chronister told reporters at a Monday morning news conference in Tampa.

Deputies arrested Amet Ramon Maqueira de la Cal and Rosalia Leonard Garcia on charges including human trafficking and false imprisonment. They were allegedly part of a scheme that charged the women $60,000 each to get out of Cuba, across the Southern Border and into the United States. 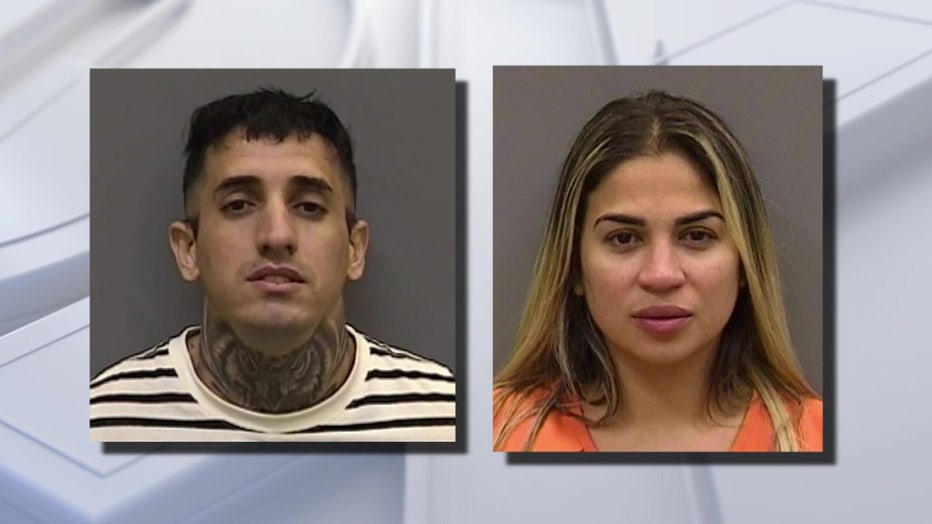 Deputies said their captors threatened to harm them and their families if they didn’t work in the sex trade to repay the debt.

"This is one of the worst trafficking cases I have seen," said Florida Attorney General Ashley Moody.

A statewide prosecutor from Moody’s office has been assigned the case. Moody blasted U.S. border policy that she said allows people and drugs to be smuggled across the Southern Border.

"These horrific sex acts of sex trafficking are a direct result of the crisis we are experiencing at the border," she told reporters at the Monday press conference at the Hillsborough County Sheriff’s Office.

Chronister said a tip from the public lead his human trafficking squad to the operation.

Through surveillance they were able to determine that seven of the women would be taken by one of their alleged captors to International Plaza in Tampa for supplies last Thursday. Deputies took them all into custody and were led to the eighth woman and the other alleged captor.

"In this case, I am extrordinarily proud of the brave, courageous women who lived through hell for months," said Moody.

Chronister said the women have received medical attention and a safe place to stay. He said it will be up to federal authorities to decide whether they’ll be sent back to Cuba or allowed to remain in the United States.