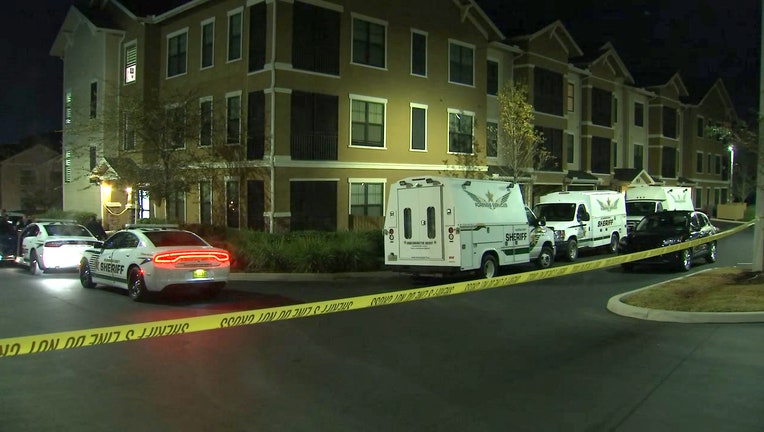 VALRICO, Fla. - Hillsborough County deputies said they are trying to track down who was responsible for shooting and killing two men in Valrico.

Before 9 p.m. Tuesday, a neighbor at Valrico Station Apartments dialed 911 after hearing gunshots. After deputies arrived in the 200 block of Switchback Loop, they said they found the bodies of two men inside one unit.

The sheriff’s office said they are not releasing the victim’s identities and are still working to identify the person responsible.

"We are in the midst of the holiday season. We are two days away from Christmas and now these families, instead of celebrating and enjoying the time with their families, with their loved ones, they are now left grieving the sudden and painful loss of these two victims," explained Natalia Verdina, a spokeswoman for the sheriff’s office.

READ: Judge says mother can visit son who allegedly tried to kill her

Detectives said at this point in their investigation it doesn’t appear to have been a random attack. They said the victims likely knew the suspect.