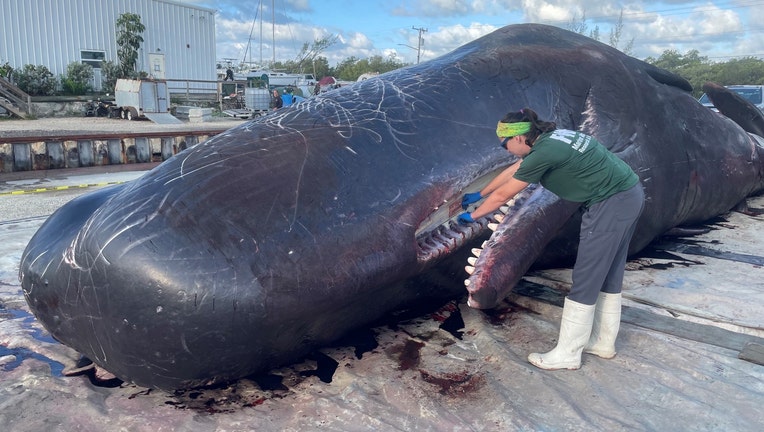 KEY WEST, Fla. - Two sperm whales have died within a week of each other in the Florida Keys, but officials did not immediately see a connection between the deaths.

"We're trying to gather as much information as we possibly can," Mase said. "We're really hoping it doesn’t become a trend."

A necropsy on the calf determined it likely died from being separated from its mother, Mase said. Officials were still waiting for results to determine if the calf was carrying any disease. Officials from NOAA, along with the Florida Fish and Wildlife Conservation Commission and Dolphins Plus Marine Mammal Responder, were studying the adult corpse Wednesday, noting the animal appeared to be emaciated.

Mase said officials typically record about two sperm whale strandings a year in the Gulf of Mexico, so two in a week is unusual. Sperm whales are normally found far away from land unless they are sick, Mase said.