The ‘white strawberry’ could become a Florida crop

BALM, Fla. - It’s strawberry season in Florida, and farmers have been picking and selling those red, delicious fruits. But meanwhile, in Hillsborough County, scientists are trying to successfully grow a different kind of berry – an all-white strawberry.

The scientists and researchers at University of Florida’s Institute of Food and Agricultural Sciences Gulf Coast Research and Education Center are always trying to make crops in Florida better. This time, they are not only working on strong, juicy varieties of strawberries but they are working on producing the white strawberry, which is also known as the pineberry.

Dr. Vance Whitaker, an associate professor of horticulture, helps develop a variety of strawberries in Florida – trying to come up with the sweetest and heartiest strawberries for Florida farmers.

"In 2012, a friend of mine sent me some seeds. He had gone to Japan on a trip, bought some white strawberries in a market and saved the seed and sent them to me," he told FOX 13. "That was the genesis of figuring out how do you get white color into a Florida strawberry." 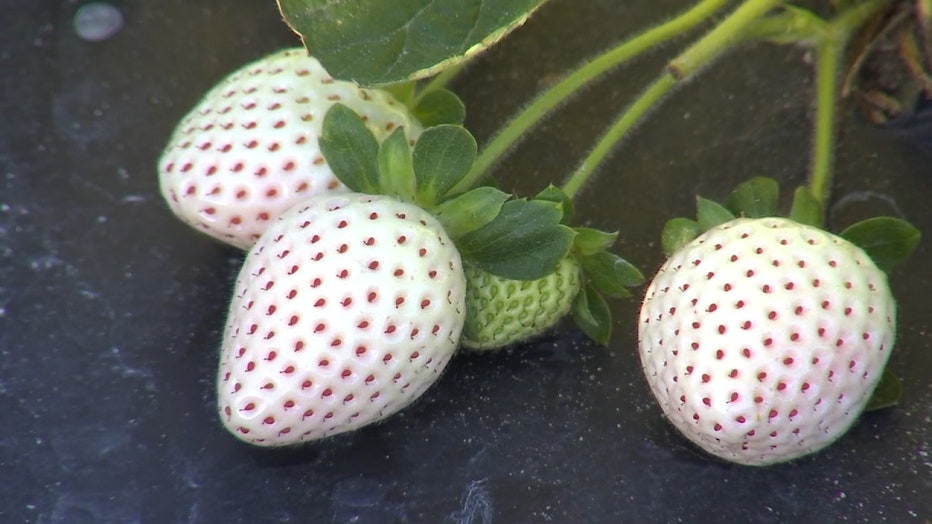 The strawberries are not genetically modified, Whitaker said.

"White or light-colored strawberries exist in nature," he explained. "In Japan, where they’ve really bred them to be something that’s a really high-quality product that’s available to anyone in the supermarket." 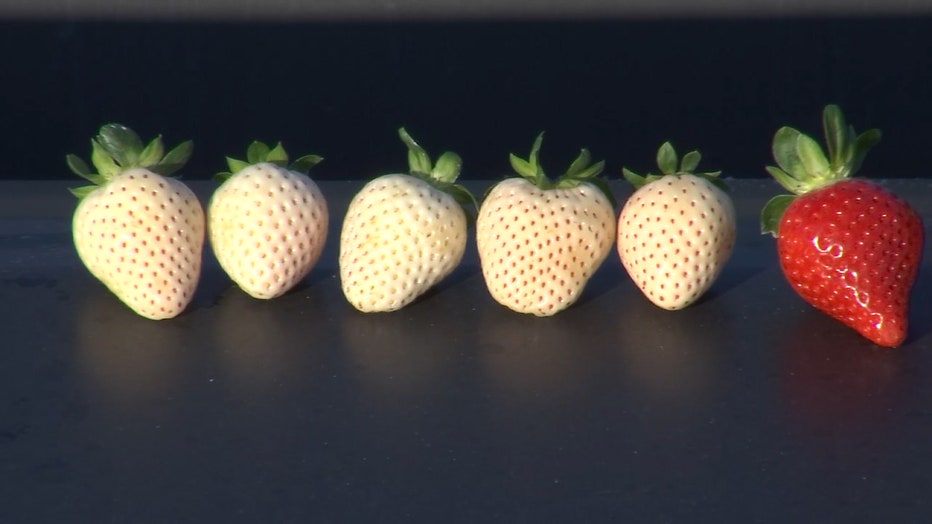 Whitaker said part of the reason why the UF team wants to bring it to Florida markets and farms is, well, it tastes good.

"As it turns out, people really like them," he said. "‘Wow, I think I might like this better than a red strawberry.’ I’ve actually had a number of people say that to me."

It is a very interesting flavor profile. While it looks like a reverse strawberry – white with red seeds rather than red with white seeds – it has a subtle pineapple taste but with a strawberry essence. It’s hard to describe, Whitaker said. 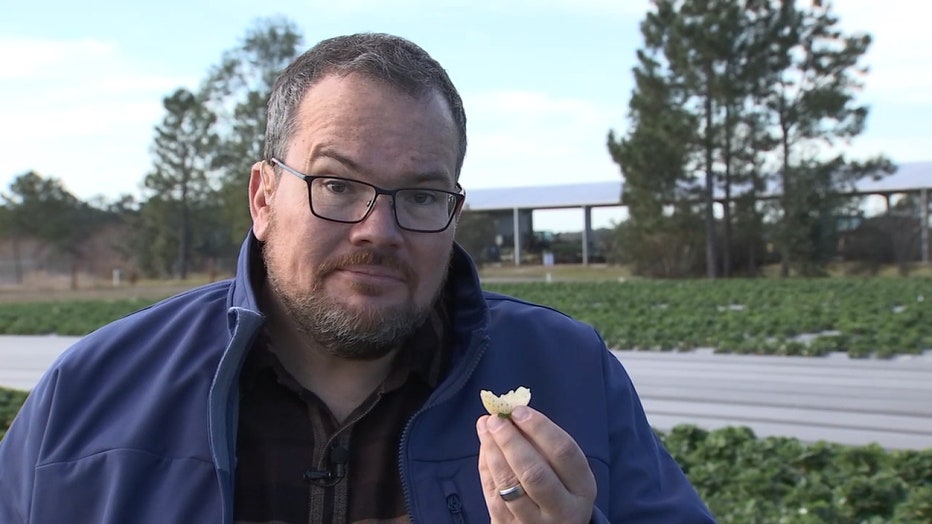 FOX 13's Charley Belcher tasted the pineberry during a visit to the University of Florida’s Institute of Food and Agricultural Sciences Gulf Coast Research and Education Center in the Balm community. He said it smells like a strawberry, but the taste

"You just have to taste it for yourself to be honest," he explained. "The best way I can describe it is it’s a little bit lower acid than a regular strawberry. It is slightly sweeter in the taste profile. The aroma is different."

If successfully grown, it could an alternative for strawberry farmers.

"Something that compliments the red strawberries that they already grow. Something that they can put into the market and say this is a Florida product," Whitaker said. "This is unique and this makes everything that we grow more valuable." 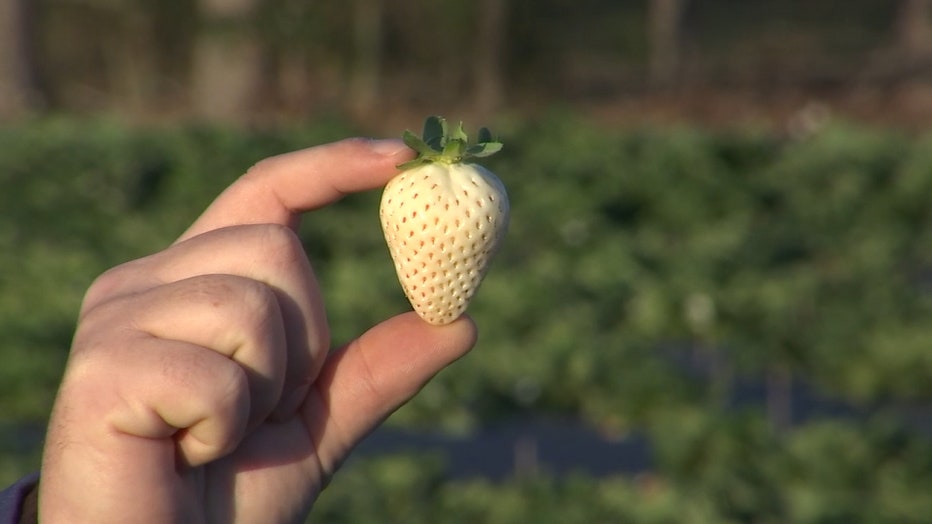 UF is using 12 acres to grow the pineberries with commercial growers and they are testing it in different supermarkets. Whitaker said they may be difficult to find but could be purchased in some Aldi locations and select grocery stores.

"Our shippers that grow and send the strawberries outside Florida are excited about it," he said. "They will be a little hard to find this season, but next season, they will hopefully be more widely distributed."