USF College of Education to continue, after all

TAMPA, Fla. - The University of South Florida is reversing course, announcing Wednesday that the College of Education will remain intact.

Officials say USF decided to continue offering undergraduate programs in education after conversations with local school district leaders. However, the college still faces nearly $7 million in budget cuts over the next two years.

Back in October, university officials announced a proposal to phase out the college of education’s undergraduate programs. Leaders said the move was due to budget cuts and a continued drop in enrollment.

Parts of education program at USF to phase-out

There was an immediate push for USF to reconsider.

Students rallied in support, school boards passed resolutions in opposition, and district superintendents in the region banded together to show why the college of education is so important. 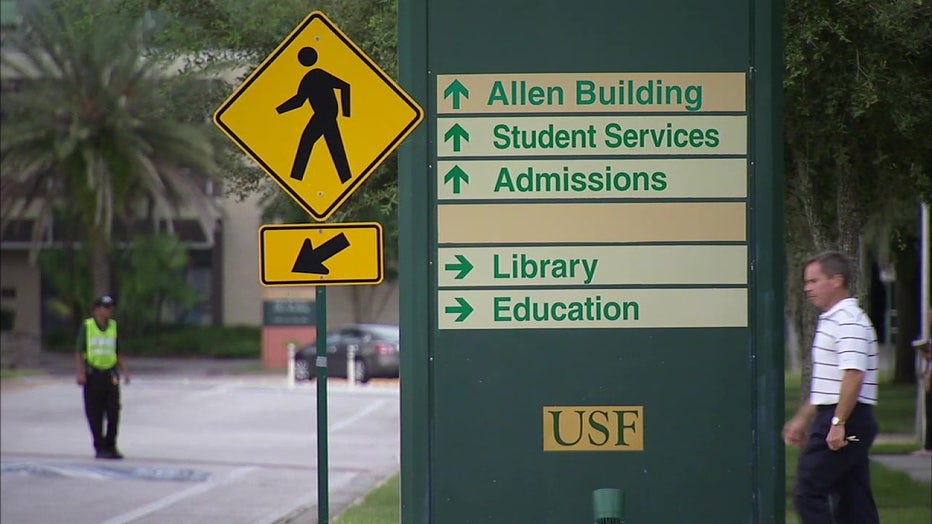 It was a welcome reversal for Pasco County Schools Superintendent Kurt Browning.

"Quite honestly, I can’t thank USF enough for involving the local superintendents in the discussions," Browning said.

He says the college plays a vital role in the local education pipeline. More than 30% of teachers hired each year in Pasco County are USF grads.

There is also a nationwide teacher shortage.

There is still hard work to do and difficult decisions to be made for the College of Education. Its budget is being cut by 35% over two years, with the first round expected in July.

Leaders will have to weigh what programs stay, and how those will look.

READ: 'Education is the foundation of everything,' longtime teacher and administrator says

"[We are going] to look at how we can work with those budget cuts and then still deliver the programs that our communities have certainly told us are important for us to retain," Ponticell said.

A proposal from the college of education, along with plans from other units and colleges at USF, will be presented to the board of trustees at a workshop Friday.