LAKELAND, Fla. - The Lakeland Police Department is looking into the actions of the vice president of its new Police Advisory Board.

A few weeks ago, Demetrius Haynes was at a Circle K in Winter Haven when a Polk County Sheriff’s Office deputy approached his SUV and questioned him.

The deputy had gotten a complaint from a woman who said a man had followed her 15-year-old daughter to three different places and took pictures of her. The deputy said the woman pointed at Haynes' vehicle. 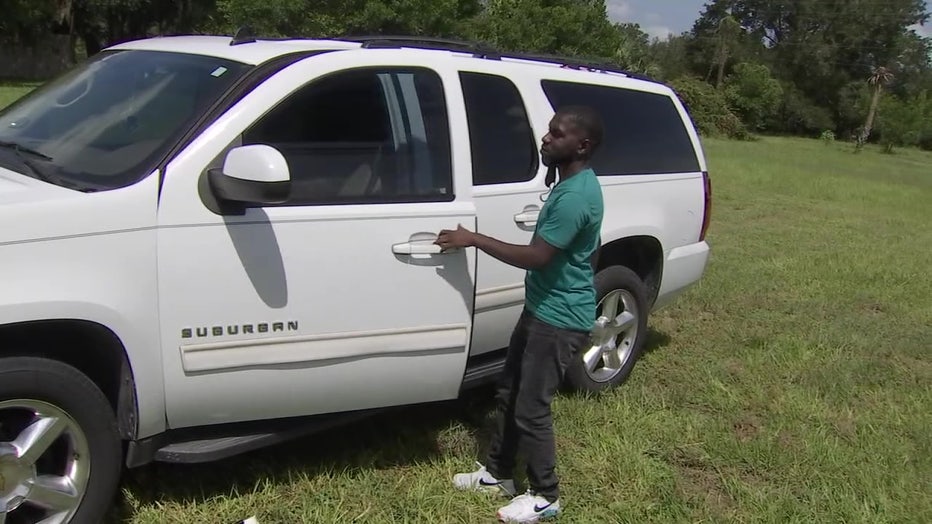 Haynes, who had a camera on his passenger seat, was not charged and allowed to leave.

“I’m innocent. Nothing happened to me,” he said.

In the wake of that, Haynes began posting about the deputy on his Facebook page.

In one post, he wrote, “What you didn’t know is that I sit on the Lakeland PD Citizens Advisory Board and work hard to better my community!! I’m not the dumb N*GG** you played me as, but unfortunately, you are one of the bad apples that doesn’t even deserve to serve in my community.”

The post names the deputy and has a picture of her. 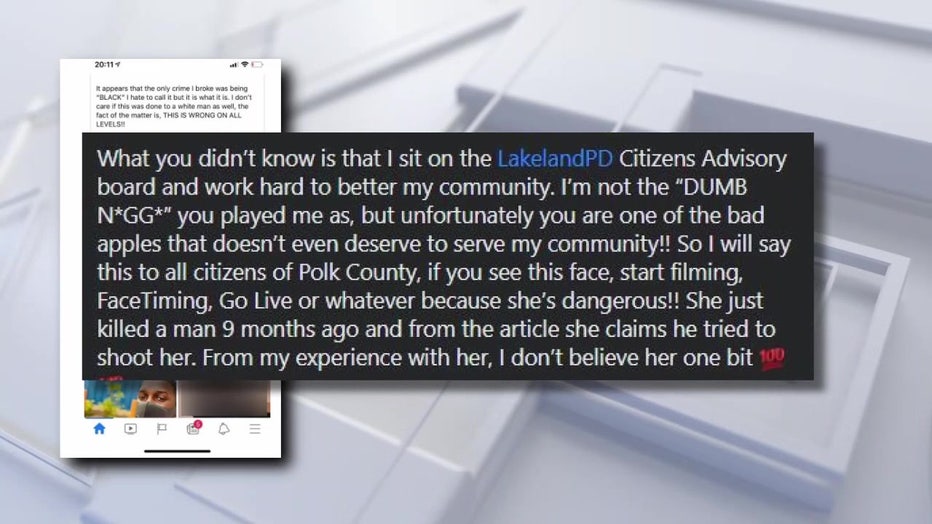 “I read the post and got very concerned, especially with the language in there that I thought was irresponsible,” said Nick Marolda, president of the West Central Florida Police Benevolent Association.

Marolda said since Haynes is a ranking member of the Police Review Board the post casts the Lakeland Police Department in a bad light.

Marolda also said since the post characterizes her as a “bad apple,” it makes her a target, when people see her on the street, in uniform, or in a patrol car. 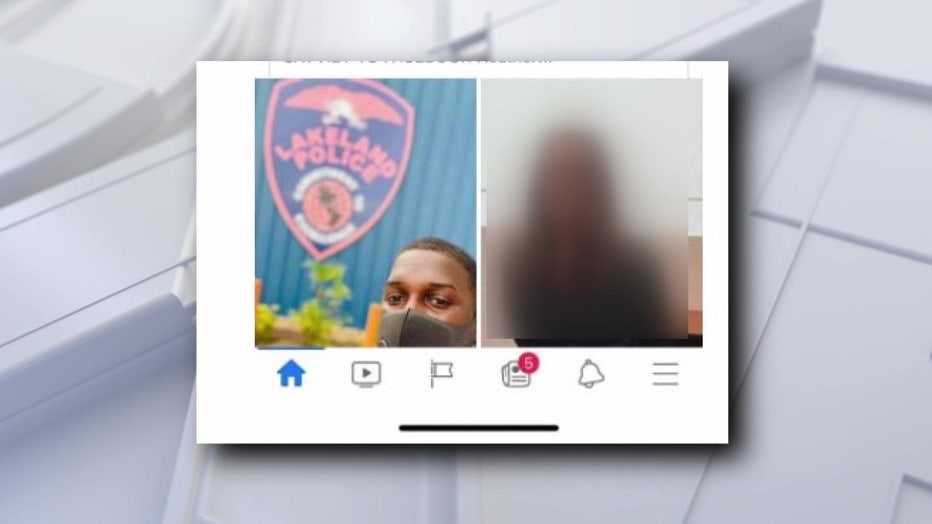 The deputy’s boss, Polk Sheriff Grady Judd, describes his employee as an experienced law enforcement officer with good judgment and reacts strongly to what he sees as Hayne’s poor posts.

“And this is someone who is on a review board to review the police officers work in Lakeland? Get him off the board,” Judd said.

Both the Lakeland Police Department and the Polk Sheriff’s Office are investigating the matter.