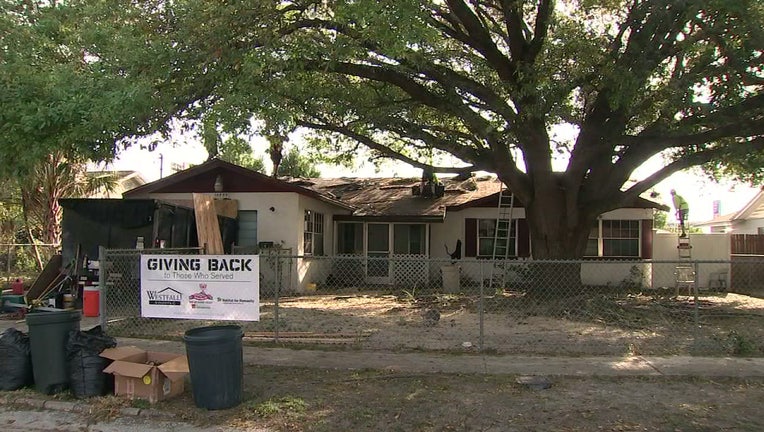 TAMPA, Fla. - The widow of a U.S. Navy veteran has a new roof over her head and she didn't have to pay a cent.

Westfall Roofing installed a new roof today for Patricia McCormick at her home on North 29th Street in Tampa.

Her late husband was Navy veteran Paul McCormick, who served on the aircraft carrier Midway.

Patricia was chosen for the roof through a partnership with habitat for humanity. It was part of the Owens Corning Roof Deployment Project, a nationwide effort to honor the veterans who served our country and the families who support them.

“Me and my husband worked all our lives for what we got,” Patricia said. “Feels good to have someone help you when you get over a certain age.”

Since this program began in 2016, more than 180 military members and their families have received new roofs.