CHARLESTON, S.C. - Donating blood is critical to saving lives, which is why organizations such as the Red Cross are often urging people to donate. But blood donations for pets are frequently overlooked.

BluePearl Pet Hospitals in the Charleston, South Carolina, area say they only get about a third of the donations they’d like.

When they don’t have enough blood — that leads to tough situations.

"That’s what’s scary, especially when you hear we might not [have] enough blood in order for your dog to survive," said South Carolina resident Sherry Shepherd.

Shepherd's beagle puppy Harley was just 6 weeks old when her family got her. But it wasn’t long before something was off. 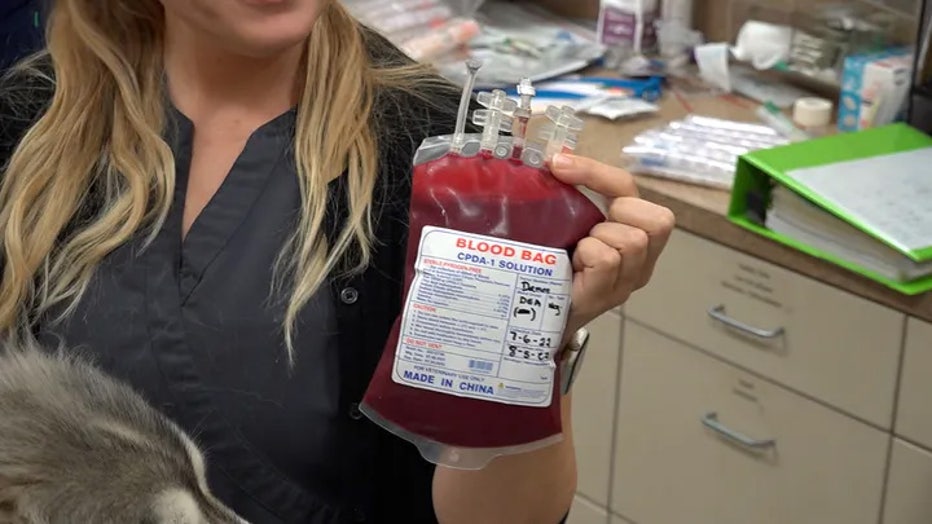 A bag of blood donated by a dog in Mount Pleasant, South Carolina, is shown in this image. (Fox News)

"She went to go get some water and she fell over," Shepherd said.

The vet said Harley had a parasitic infection and needed an emergency blood transfusion. But the veterinarian didn’t have the correct blood for the animal.

"We didn’t think she was going to make it at all."

Another vet nearby had the blood, thankfully. Five weeks and three transfusions later, Harley is looking a lot better.

"She was 1.3 pounds the first time, and now she’s over four-and-a-half pounds."

Harley is lucky — but not all dogs are. 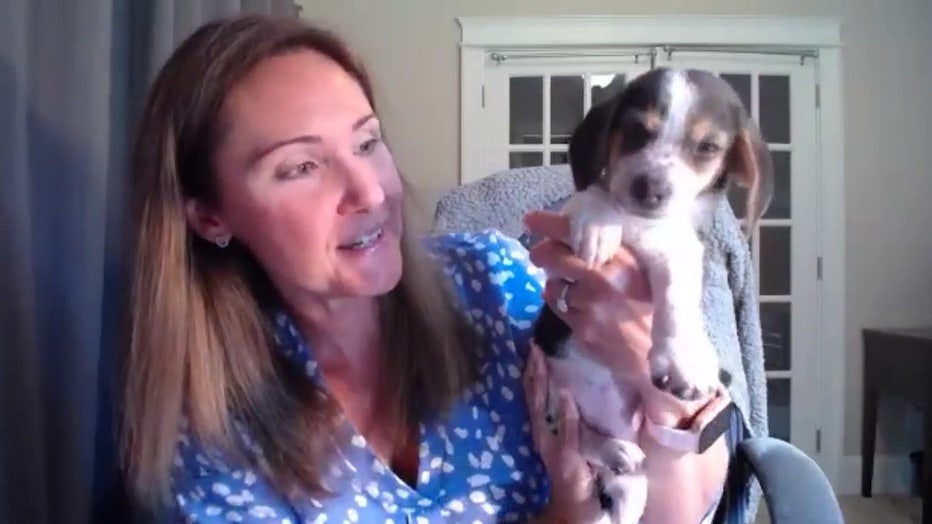 Harley's prognosis is better, thanks to donated blood. (FOX News)

"The fact of the matter is there are definitely cases that could have been saved if we had [had] the resources," said Heather Moore.

She is the blood bank program director for BluePearl’s Mount Pleasant location, the hospital that saved Harley.

Moore says they’re so short on blood that she sometimes brings her own dog in for a donation if a puppy is dying.

She encourages anyone with a healthy dog or cat to consider regularly donating.

"Knowing that your pet needs help and may not have the blood product they need — that is heartbreaking, and [it is] fixable if the community comes together," Moore said.

BluePearl locations around the country have seen a 26% drop in pet blood donations since the coronavirus pandemic.

Heather Moore says they’re so short on blood that she sometimes brings her own dog in for a donation if a puppy is dying.

Shepherd says that from now on, she’ll do her part.

"We personally are going to be including our own dog, our lab. She meets the requirements, so she will go forward," Shepherd said.

BluePearl says that depending on how big a dog is, one donation of blood can save up to three other pets.

Austin Westfall joined FOX News in 2021 as a multimedia reporter in Charlotte.