ARLINGTON, Va. - A 90-year-old Florida woman was on hand last week as her son -- killed in Vietnam and posthumously awarded the Medal of Honor -- was buried at Arlington National Cemetery.

The military ceremony for Marine Pfc. Bruce Carter took place Wednesday with Marines from the Washington Marine Barracks, The Old Guard Caisson Platoon; and “The President’s Own” Marine Band. 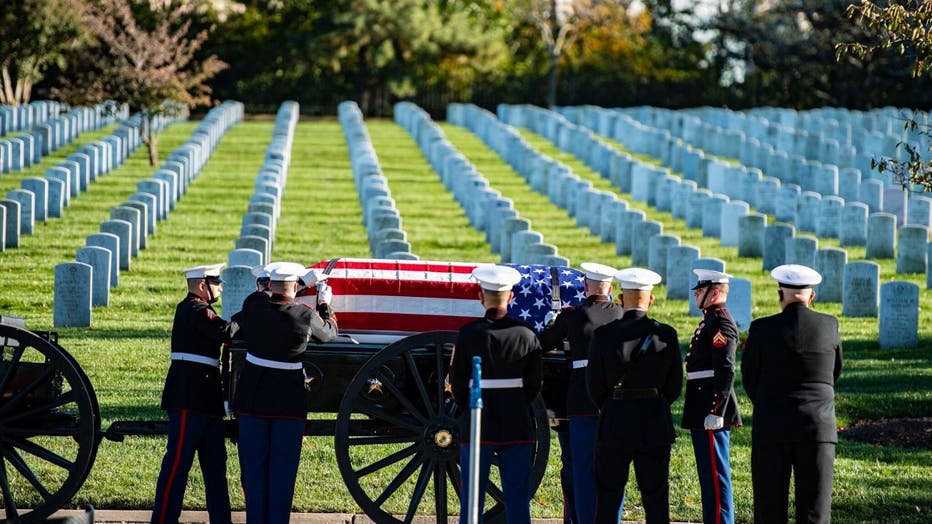 At the end of the ceremony, the American flag that covered the casket was presented to Carter's mother, Georgie Carter-Krell.

MARINE WHO DROWNED SAVING ANOTHER MARINE HONORED FOR HEROISM

She long believed her son should be buried at Arlington, the nation's most hallowed grounds, with the country's other war heroes.

She worked with the Marine Corps and Rep. Mario Diaz-Balart, R-Florida, to make it happen, Military.com reported. 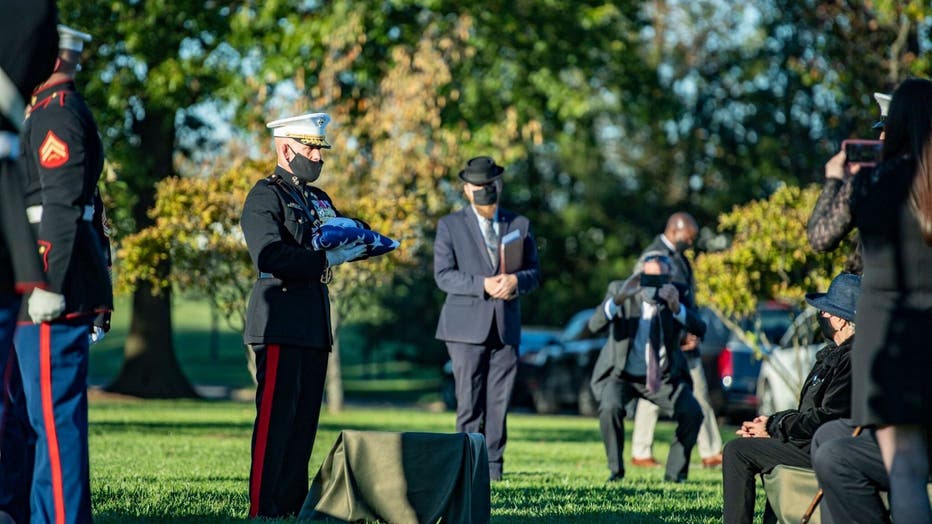 Carter was killed after throwing himself on an enemy grenade to save the lives of other Marines and had been laid to rest at Vista Memorial Gardens in Miami Lakes, Florida.

MEDAL OF HONOR RECIPIENT REMEMBERS SERGEANT MAJOR KILLED IN IRAQ: 'WE WERE GOING TO AVENGE THAT MAN'

His remains were flown to Washington Oct. 30.

“He deserved to be in Arlington,” Carter-Krell told Fox 7 Miami at Miami International Airport. “He should have been there years ago, but we finally accomplished that.” 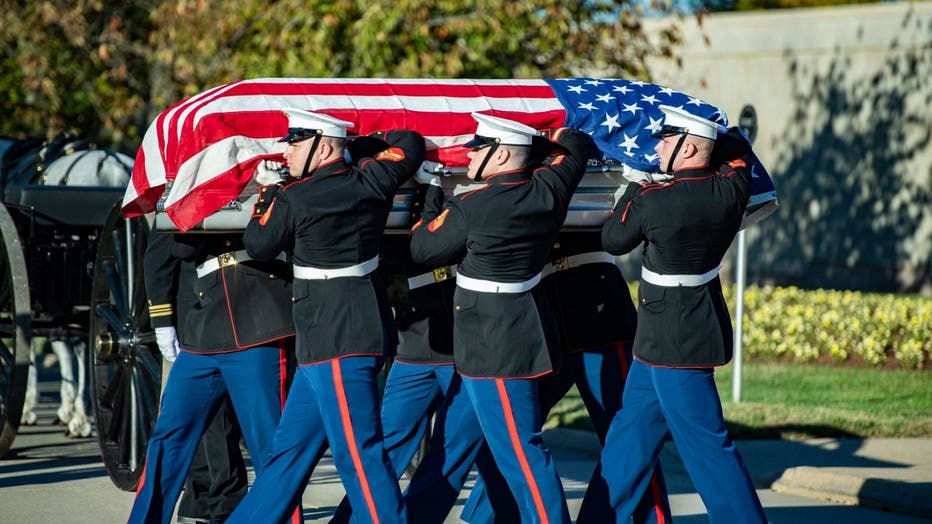 “Fully aware of the probable consequences of his action but determined to protect the men following him, he unhesitatingly threw himself over the grenade, absorbing the full effects of its detonation with his body,” says the medal citation.

“Carter's indomitable courage, inspiring initiative, and selfless devotion to duty upheld the highest traditions of the Marine Corps and the U.S. Naval Service. He gallantly gave his life in the service of his country.”

The burial at Arlington comes 49 years after Carter-Krell was presented with her son’s Medal of Honor at a White House ceremony presided over by then-Vice President Spiro Agnew.