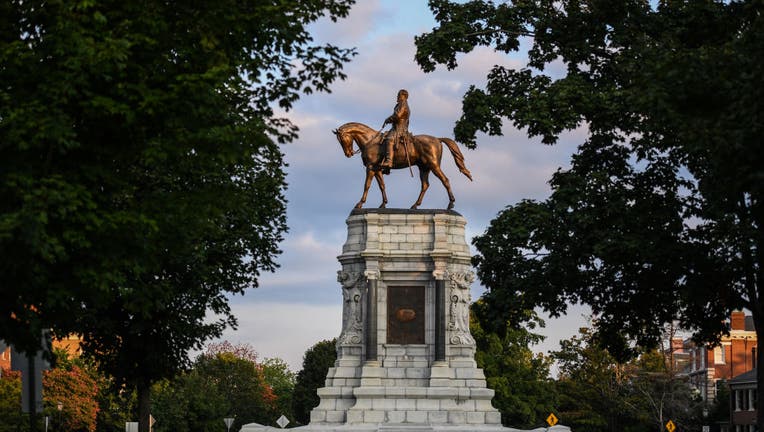 The governor will direct the statue to be moved off its massive pedestal and put into storage while his administration seeks input on a new location, according to the official, who spoke on condition of anonymity because the official was not authorized to speak before the governor’s announcement.

The move comes amid turmoil across the nation and around the world over the death of George Floyd, a black man who died after a Minneapolis officer pressed his knee into Floyd’s neck for several minutes, even after he stopped moving.

Floyd’s death has sparked outrage over issues of racism and police brutality and prompted a new wave of Confederate memorial removals.

DC's streets were still rife with protesters long after a 7pm curfew on Tuesday night.

The Lee statue is one of five Confederate monuments along Monument Avenue in Richmond, the former capital of the Confederacy. It has been the target of vandalism during protests in recent days over Floyd’s death.