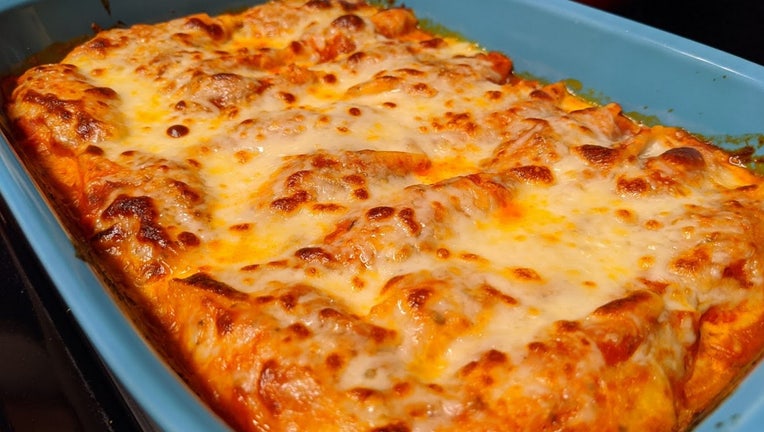 GIG HARBOR, Wash. - Washington state resident Michelle Brenner began cooking lasagna after she was furloughed from her menswear store job following the coronavirus outbreak and started handing out pieces for free to help those in need.

Following her furlough, Brenner, 45, made a pan of lasagna using her Italian grandma's recipe and then posted a message on her community Facebook page, offering to make homemade pieces for the locals, The Washington Post reported.

“If any of you want some fresh homemade, no calorie counting lasagna, please let me know and I will gladly prepare it,” she wrote.

Brenner also used her $1,200 stimulus check to buy the ingredients, and people were soon clamoring for more.

One of her retired neighbors was first to show up at her house, followed by an out-of-work friend -- both looking for a pan of her homemade lasagna. After that, the floodgates opened and more requests followed, according to The Post.

She's reportedly been working on the project for three months and has made 1,200 pans of lasagna. Brenner continues to cook to this day, helping feed people of all stripes within her community, from hospital workers and first responders to those still without paychecks.

“The world as we know it is falling apart, but my two little hands are capable of making a difference,” she explained. “I can’t change the world, but I can make lasagna.”

The president of the Gig Harbor Sportsman's Club even offered Brenner the use of the clubhouse kitchen as her food became more and more popular.

Related: DeSantis doubles down against masks despite spike in cases, saying mandate would 'backfire'

“We saw what a great thing she was doing, and we have this nice commercial kitchen that wasn’t being used because of COVID,” Le Rodenberg said.

“She decided to do what she could for the community instead of sit at home,” he added. “I can tell you that she takes extra care with every one of those lasagnas.”

After the first 60 trays, Brenner started a fundraiser on Facebook for ingredients to keep up with demand, The Post reported. She has raised more than $10,000 -- which will reportedly pay for more than 500 pans.

“When word got out on social media, people from all over the world started donating to my cause,” Brenner said. “A lot of the people I make lasagna for have lost their jobs, and this is my way of saying, ‘I understand and I’m here for you.'"