A Michigan State Police trooper caught an incredible sight as a deer jumped over a car in west Michigan.

SOUTHFIELD, Mich. (FOX 2) - Thursday is the first full day of fall and it sure seems as if nature knows. After all, temperatures are very fall-like in the 60s and more and more deer are out - including a family that narrowly avoided being hit by a car and MSP trooper.

Michigan State Police's 5th District posted a video on Thursday, the first full day of fall, that shows exactly what we expect this time of year: more deer crossing.

Trooper Anderson was driving behind another car when suddenly, a small herd of deer start to run across the road.

The first deer clears the car without a problem. The second deer, however, would have run straight into the driver's side door - if not for jumping clean over the small car.

A third deer ran behind the car and just in front of the trooper, who quickly but calmly put his brakes on to let the deer continue running across the road.

The entire thing was captured on Trooper Anderson's dashboard video, which you can see above.

Deer will grow increasingly active over the next few months, particularly at dusk and dawn when it's already harder to see.

Be extra alert during this time. Deer may be more prevalent in rural areas, but they are also in urban areas and can catch you off guard if you are not paying attention.

Here's what to know about deer and why you should not try to drive out of the deer's path. 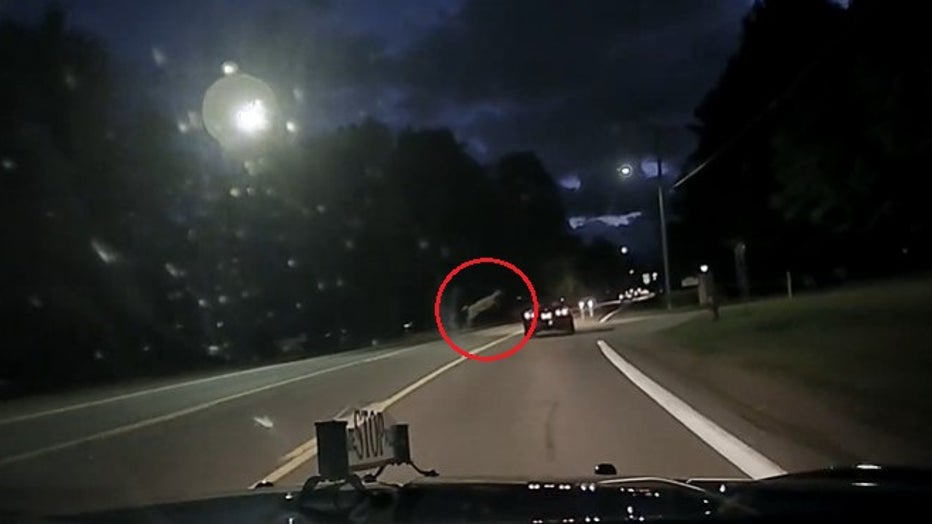 An MSP trooper captured a deer jump over a car in west Michigan this week.