A tornado funnel forms in Lake Durant, Oklahoma as a rainbow is visible in the foreground. Courtesy Hayden Baker.

Somewhere over this rainbow, a tornado was seen forming during a severe weather outbreak.

Stunning video showed the moment a tornado touched down in Oklahoma on Wednesday in front of a rainbow that was visible as a severe thunderstorm rolled through the area.

The National Weather Service's (NWS) had issued a severe thunderstorm warning for Durant, located about 145 miles southeast of Oklahoma City. Another tornado later touched down in nearby Madill, Okla.

TORNADOES RIP THROUGH OKLAHOMA, TEXAS AND LOUISIANA, KILLING AT LEAST 6

Video filmed by Hayden Baker shows a tornado forming and passing behind houses in Lake Durant as a rainbow is visible in the foreground.

Hail can also be seen falling in the foreground as the storm intensified.

A separate tornado touched down about 4:30 p.m. in Madill, west of Durant, causing extensive damage to the community in southern Oklahoma's Marshall County.

A trailer factory worker was killed when the twister struck.

Marshall County Emergency Management Director Robert Chaney told The Associated Press the person’s body was found about a fourth of a mile from J&I Manufacturing, a trailer factory outside town where the suspected twister hit just as the workforce was leaving for the day, causing severe damage.

Video from Prescott Bishop showed the tornado as it struck Madill, Okla.

The storm system is blamed for several deaths across the region, including three people in Polk County, Texas.

The NWS Storm Prediction Center (SPC) said there were preliminary reports of 26 tornadoes throughout the day Wednesday across the Southern Plains, with the number likely to go up as the severe weather moves further east. 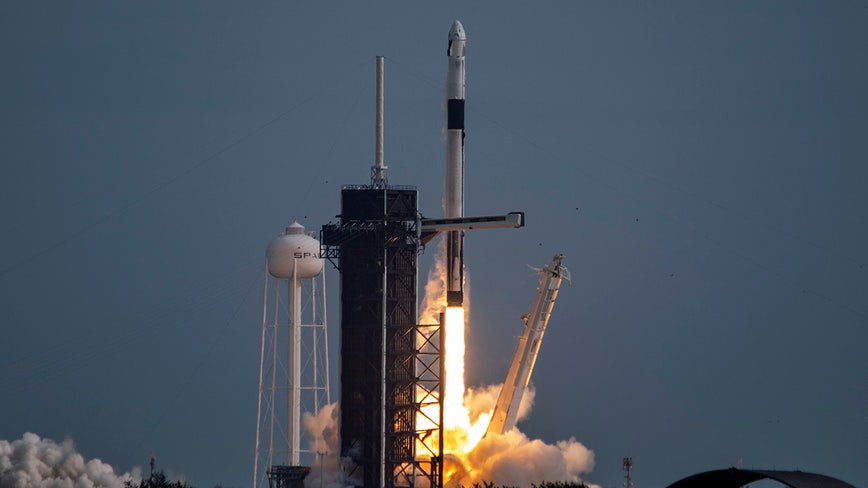 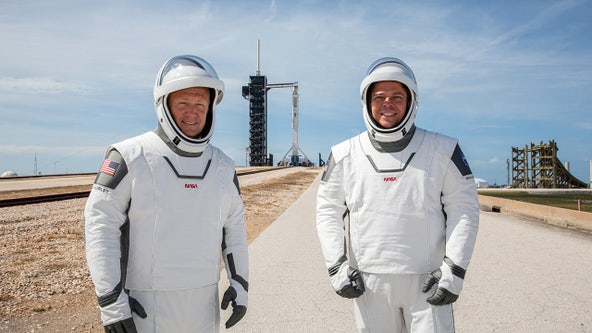 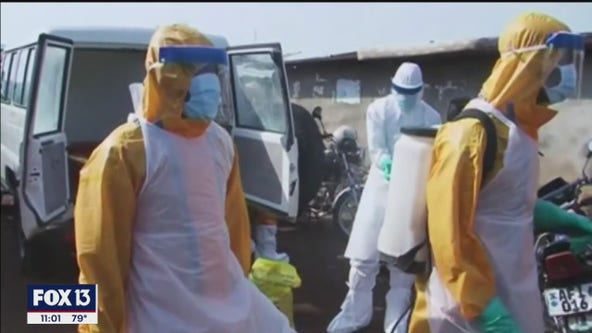