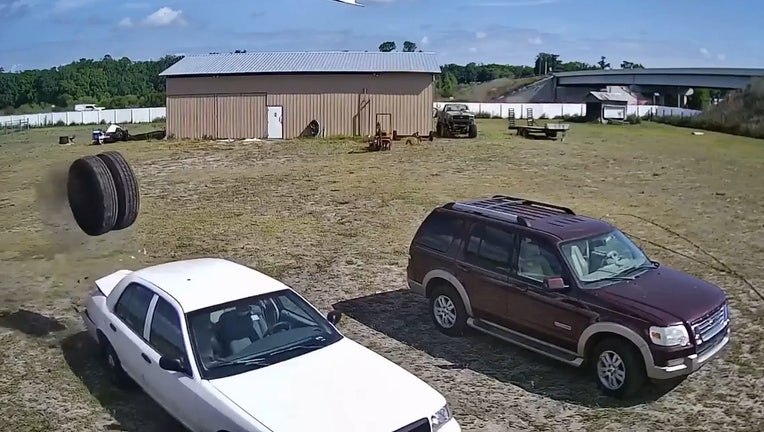 DOVER, Fla. - A Hillsborough County woman says she was startled to come out of her house and find her husband's car smashed, and even more surprised when she realized an out-of-control wheel from nearby Interstate 4 was to blame.

The incident occurred Monday morning. According to the Florida Highway Patrol, a trooper first responded to the report of the tires entering the property in the 13800 block of Glen Harwell Road in Dover.

Investigators said a witness saw the front driver's-side rear dual-wheel tires fail as the truck drove along I-4, and said other people were trying to get the attention of the driver. However, the truck driver didn't seem to realize the wheel failed. That witness followed and obtained the semi-truck's license plate number.

Meanwhile, troopers said, the dual trailer tires rolled through a Florida Department of Transportation wire fence, a white vinyl fence, and two separate wire fences on the Dover property. The wheel finally smashed into the back of a parked white Ford Crown Victoria.

Eventually, the driver of the semi-truck realized the malfunction and reported it to his company. A trooper made contact with the driver, who pulled over.

The crash was caught on surveillance video. Stacy Reyerse told FOX 13 that the damaged vehicle belonged to her husband, adding that the tires caused about $5,000 worth of damage.

Luckily, she said, no one was hurt. 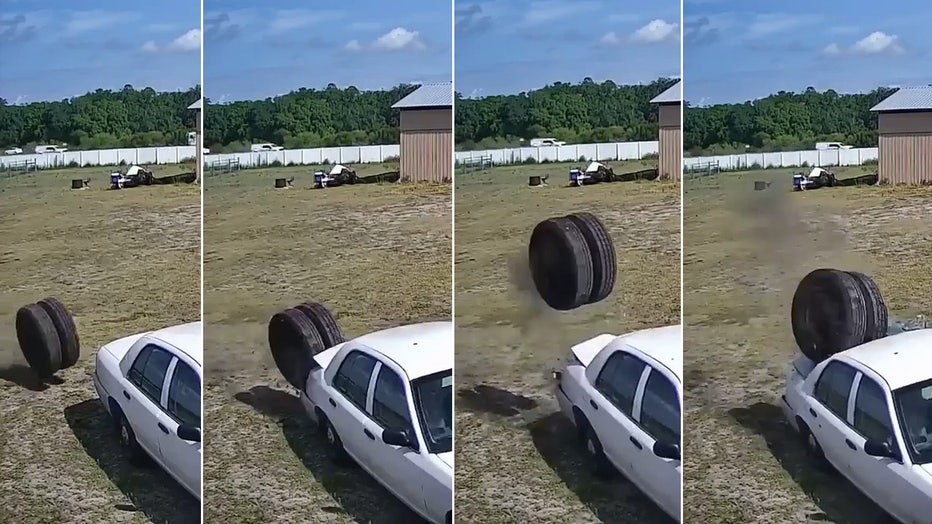