Waterspout spotted along I-275

TAMPA, Fla. - As a line of storms swept across Tampa Bay this morning, commuters spotted a large waterspout swirling over the water near the Howard Frankland Bridge.

It was just before 9 a.m. when the waterspout formed. Video from driver Chris Watson showed the funnel just south of Interstate 275 on the Tampa side of the span.

"That thing is huge! Hope I get across this bridge," Watson can be heard chuckling in video shared with FOX 13.

No damage was reported after the funnel was sighted, and no warnings were issued. 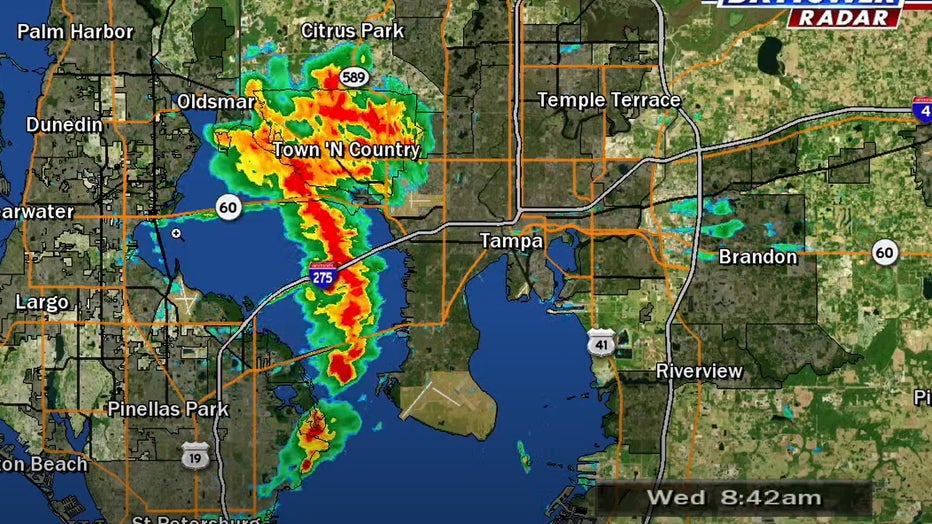 FOX 13 meteorologist Dave Osterberg says this morning’s storms will move inland as the day goes on.

"When we get into an onshore wind-flow pattern, which is what we are in now, these will pop up every once in a while," Osterberg offered. "The radar showed rotation for a minute or so and then it died out."