The three-day event features some of the biggest names in the Republican Party including former President Donald Trump and Governor Ron DeSantis.

Trump was the keynote speaker Saturday night. During his speech, he pushed back against COVID-19 restrictions, cancel culture, Critical Race Theory, and spoke about election fraud.

"I ran twice, I won twice and did much better the second time than I did the first, getting millions of millions more votes than we did in 2016 and likewise getting more votes than any sitting president in the history of our country by far," Trump said. "And now we may just have to do it again."

Organizers said five-thousand students from all 50 states attended. Some students said Trump’s speech along with the others inspired them.

"I’m from the Chicago area, and it is really hard over there because we feel very alone. So, hearing all those people stand up and cheer and say we’re going to fight and do the work felt very inspiring," Kayley Sergeant said. 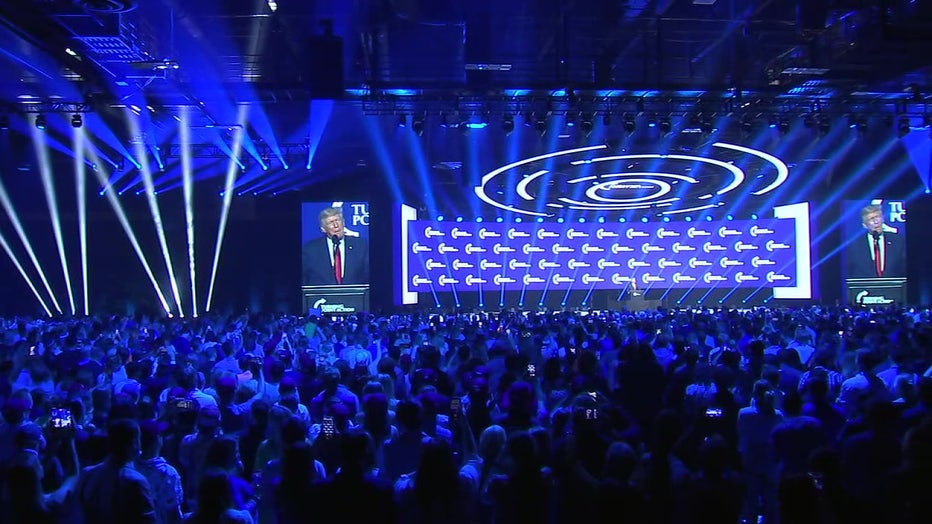 The SAS is touted as America's biggest conference for young conservatives, a celebration of "youth and freedom" aimed at energizing student activists.

Trump made note of that during his speech calling on the young voices in attendance to be part of what he calls the movement to restore freedom in America.

"These are just a few of the many areas where our movement needs your passion, your brilliance, your fire, and your spirit. Across the country we need young people like you to get involved," Trump said.

The summit wraps up Sunday in Tampa.