TAMPA, Fla. - Capt. Joseph O’Brien says he was in his pajamas enjoying his morning coffee when the call came, back on April 4.

“They said, you have four hours to report to MacDill Air Force Base in your uniform; you’re getting deployed,” he recalled.

An emergency room nurse, O’Brien was among the first group of six that left MacDill to treat COVID-19 patients in an overwhelmed New York City.

He’d kept up on the news, but nothing could have prepared him for the reality.

“It was progressively getting worse, worse and worse by the day, almost exponentially worse,” he said.

The emergency departments were always overflowing with coronavirus patients – so much that they had to keep them in the hallways.

The most heart-wrenching, was collaborating with other nurses and doctors over who to save with what resources they had.

“The whole, looking at someone, and then moving onto the next, that is something I’ve never had to do before and that was very tough to swallow,” he said. “Looking someone in the eye, and saying sorry, and move on.”

And then, the shortage of body bags.

“We ran out of body bags on at least a couple of days. And we had to use these modified plastic body bags, that were not body bags,” he said. “They were kind of long, trash bags. We had to have our own makeshift morgue in the ER because there were more people dying than we could handle, but also, the morgue was full, so what do you do with these people. 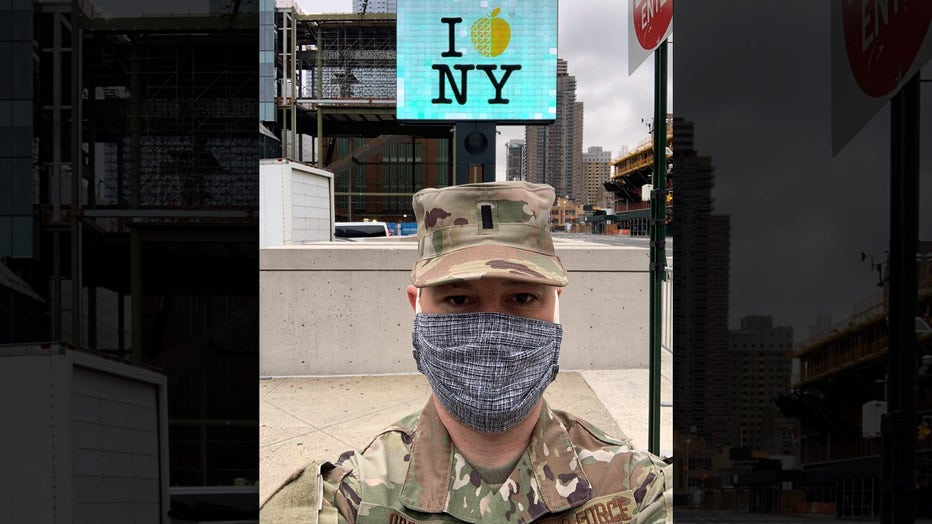 Recently reunited with his family back in Florida and promoted to the rank of captain, O’Brien says, if the call came to do treat patients a second time, he’d take it.

“The nation needed us. We went, and we saved people,” he said. “We made people’s lives better, even if it was just a few short hours, or if they were able to go home. But this is what you do for people, this is what being a human being is, is to help other people.”

At the height of the pandemic, New York was seeing 700 to 800 deaths a day. By comparison, Florida’s highest single-day total was 62 deaths, back in May.