SUN CITY CENTER, Fla. - Around 1 p.m. Friday, people who live on Del Webb Boulevard in Sun City Center heard a loud bang. A car had veered off the road, gone across two lawns, and then slammed through the wall of a house.

“I was just panicking, crying and carrying on, I couldn’t believe that this was happening to me,” said Georgina Lillie.

The car was about 10 feet into her Hillsborough County garage. The impact tossed her car and golf cart to the other side, smashing garbage cans, tools, and shelving.

Witnesses said an elderly woman and her husband were in the car.

“And the poor woman was sitting in the front diver's side and we couldn’t get her out,” Georgina said.

The driver was reportedly unconscious, but first responders had to wait for the electric at the house to be turned off before rescuing her. The woman was finally cut free and taken to a local hospital with minor injuries.

“Her husband came up to me and apologized and was so sorry, and I was thankful that she was OK,” said Georgina. 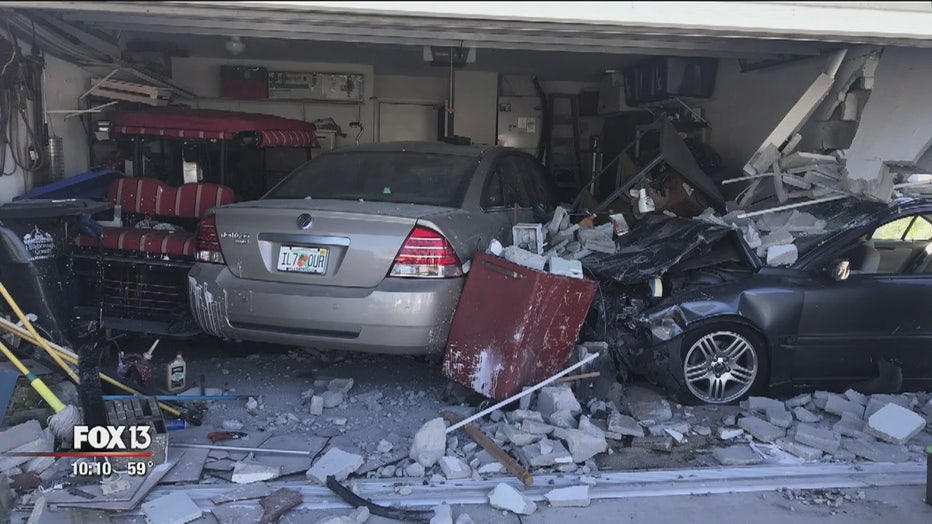 Things can be replaced and the damage can be fixed, but the crash happened during an already devastating time for Georgina.

“I was at my desk in the back of the house planning my husband’s funeral,” she said.

They were married 64 years, but Hal recently passed away. Georgina says he could fix anything, but she was always after him to clean out their garage and get rid of some of his tools. 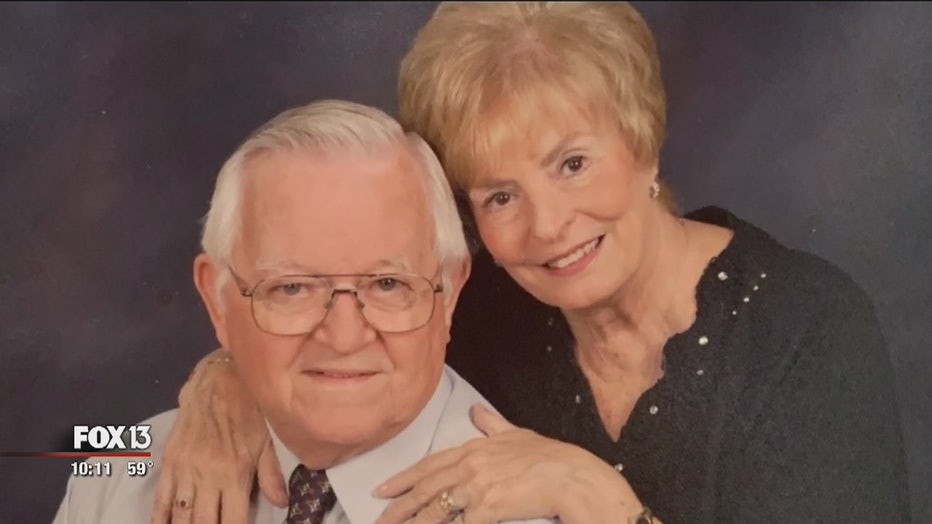 Georgina and Hal were married 64 years before he passed. Now she recalls bugging him to clean out that messy garage

“I says, 'You brought too much stuff with you, we didn’t need all that stuff,' and he says 'Yeah, yeah, yeah, I’m gonna do it, one of these days I’m gonna go in there and do it,'” recalled Georgina. “Well, see, he had it taken care of, didn’t he?” 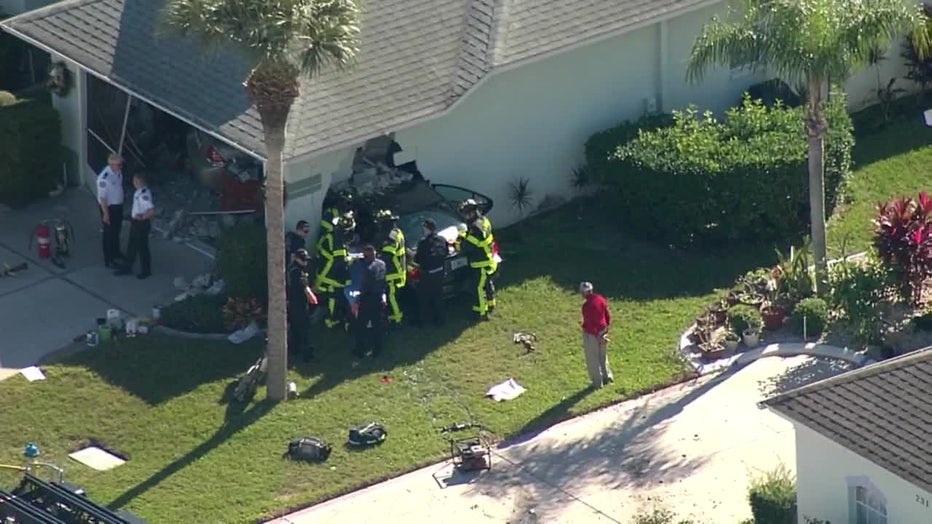 Georgina will be staying with neighbors until she can get back into her house. It’s not clear if the driver will be cited for the crash.