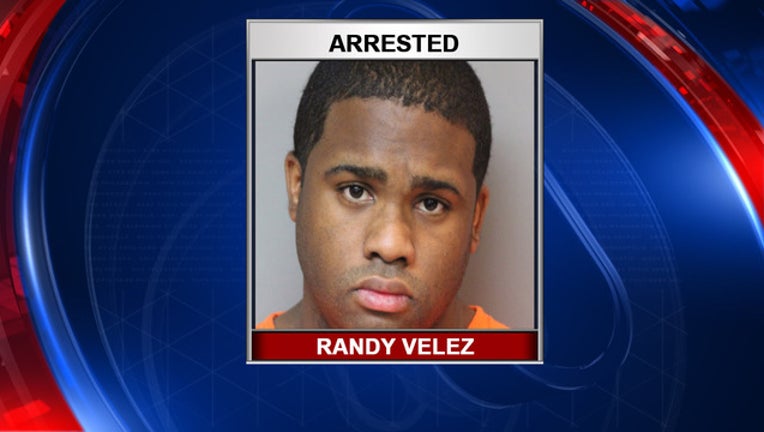 BARTOW (FOX 13) - A Bartow police officer is behind bars after his wife turned him in for having sex with a teenager.

According to the Polk Sheriff's Office, Eloisa Velez called Bartow police Tuesday evening to report that her husband Randy had confessed to having sex with a 15-year-old girl. The alleged encounter happened back in August, arrest records show, but Randy did not admit that it involved a teenager until recently.

In a recorded phone call between the couple, deputies say Randy explained that he wanted to have sex with someone who wasn't always arguing with him.  When pressed by his wife, he insisted that it only happened one time, that he "just got lucky that day."

After his arrest, Randy Velez allegedly told detectives that he had met the teen victim during the course of his job as a police officer, but the relationship developed over Facebook to the point where he would visit the girl, and eventually the two had sex.