ST. PETERSBURG, Fla. - After months in the hospital, a Wimauma girl who was the sole survivor of a deadly crash is headed to a rehab facility to begin therapy. The crash killed her parents and grandparents in Mexico back in June.

Jasmin Cervantes-Garcia had been receiving treatment at Johns Hopkins All Children’s Hospital since July after a medical flight brought her back from Mexico. Jasmin and her family were driving home after a trip in June, when a charter bus crashed into their pick-up truck head-on.

Jasmin was the only one who survived.

"It's a miracle, her recovery pace and even the fact that you know she's with us," Jasmin’s brother Cruz Cervantes said. 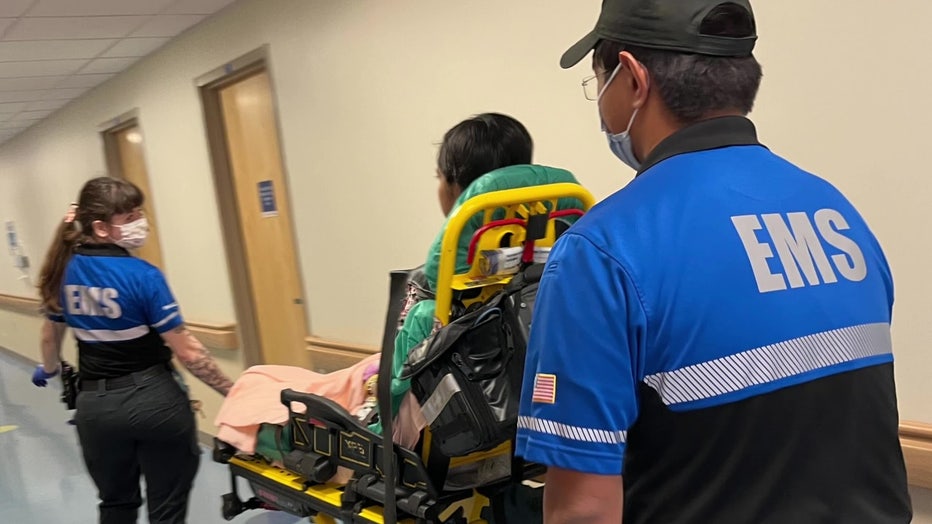 Jasmin had critical injuries after the crash, but her family said she’s a fighter and is making progress every day.

She’s still unable to speak but can communicate some things to her family. It’s something they said motivates them to keep going during their own grief and pain.

"How can anybody give up whenever they see that, you know, this little girl here is pushing and fighting and doing more than she can, just, you know past her limits and improving," Cervantes said.

She will be evaluated this week and is set to begin physical and speech therapy in rehab.