Snowcat Ridge opens for the season

Now in its third year, Snowcat Ridge, which bills itself as Florida's first and only Alpine snow park, is a family-friendly attraction that answers the question, "What if Florida had snow days?"

It was originally scheduled to open last week, but got pushed back because of Tropical Storm Nicole.

It's an outdoor attraction in Dade City that features a 60-foot tall, 400-foot-long snow tubing hill. Riders can tube down the hill in either a single, double, or family-sized tube at speeds that can hit almost 30 miles an hour. 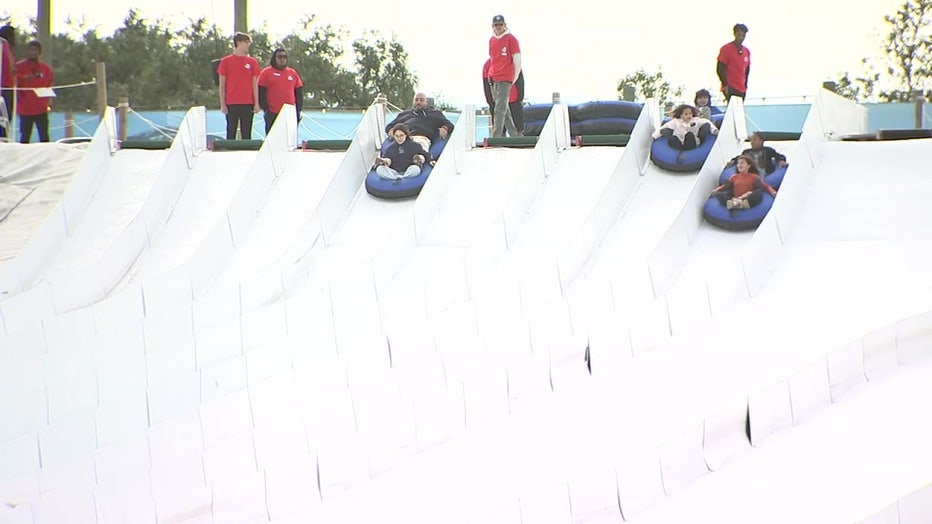 Snowcat Ridge bills itself as Florida's only snow park.

"New for Snowcat Ridge this year is we basically took everything we did amazing last year and expanded on it," said marketing manager Winston McDaniel.

That means even more real snow in the arctic igloo, an expanded outdoor ice-skating rink and, of course, the crown jewel is the 400-foot snowy slopes, which are faster than in the past.

Snowcat Ridge opens Friday in Dade City, where you can go snowtubing in Florida. Yes, really.

The Wright family from Tampa experienced the snow park for the first time on Friday.

"It is really nice because it is usually just really hot and the closest thing you get to cold is a freshly filled pool," said 10-year-old Emma Wright.

READ: Vietnam veteran given gift of snow in Tampa after being told this Christmas would be his last

"It’s been right out of my dreams playing in the snow, seeing my kids having fun we've been smiling all day," her mom Carrie Wright stated.

Snowcat Ridge in Pasco County offers all of the winter fun without the freezing temperatures.

When day turns to night, the park lights up like a Christmas tree, featuring light shows synchronized to music.

"Hard to get on the beach. We want you to feel like you’re transported away from Florida," McDaniel said. 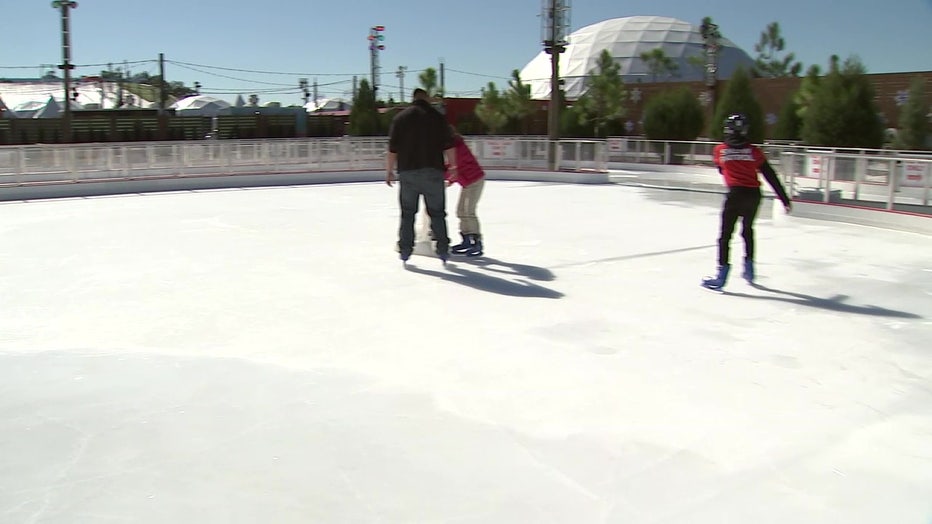 Click here for more information and to purchase tickets.