MADISON, Wis. - The University of Wisconsin-Madison's police chief has banned officers from using "Thin Blue Line" imagery while on duty.

The move by Chief Kristen Roman follows criticism on social media of a "Thin Blue Line" flag displayed at the police department's office. The flag, which resembles a U.S. flag but has a blue stripe, is considered a sign of police solidarity, but has also been criticized as a symbol of white supremacy. 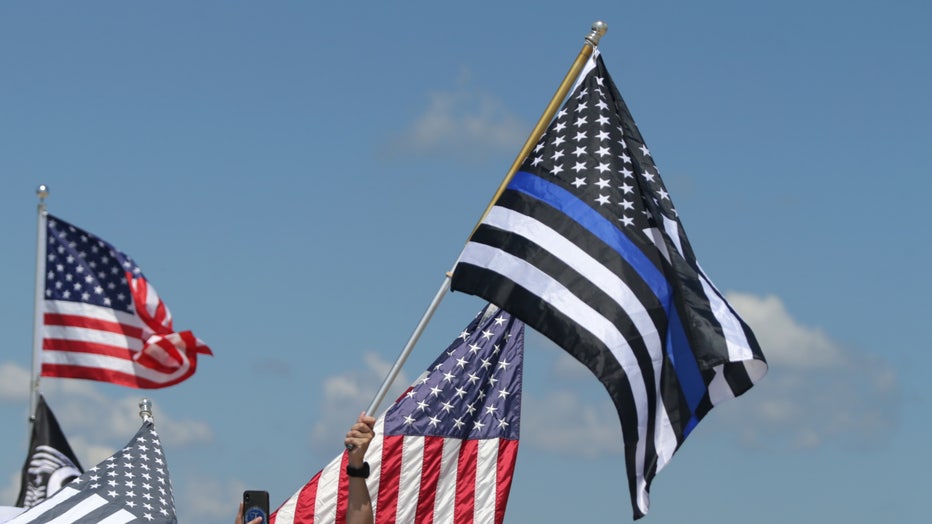 Roman said the flag has been "co-opted" by extremists with "hateful ideologies" and that her department needs to distance itself from the imagery to build trust with the community, the Wisconsin State Journal reported.

"We must consider the cost of clinging to a symbol that is undeniably and inextricably linked to actions and beliefs antithetical to UWPD’s values," she said in a Jan. 15 email.

"Thin Blue Line" flags were among those displayed by rioters who stormed the U.S. Capitol on Jan. 6 in an attempt to overturn the election defeat of former President Donald Trump. Five people, including a U.S. Capitol Police officer, died in the riot.