ST. PETERSBURG, Fla. - Dead fish continue to wash up along the Pinellas County coast amidst a red tide bloom in Tampa Bay.

As of Tuesday, 614 tons of dead fish had been collected by the county, including 477 tons in St. Petersburg.

Despite the cleanup effort, canals were still filled with dead fish. The smell was making it difficult for some residents to even walk outside.

Beside the sight and smell of the fish, potential health effects of ride tide are a concern.

Residents say they have never seen fish deaths this bad after years living in the area. The issue has gotten so out of control that some are doing their best to help resolve the problem.

St. Pete citizens who are collecting the dead fish can drop them off in dumpsters at seven sites: 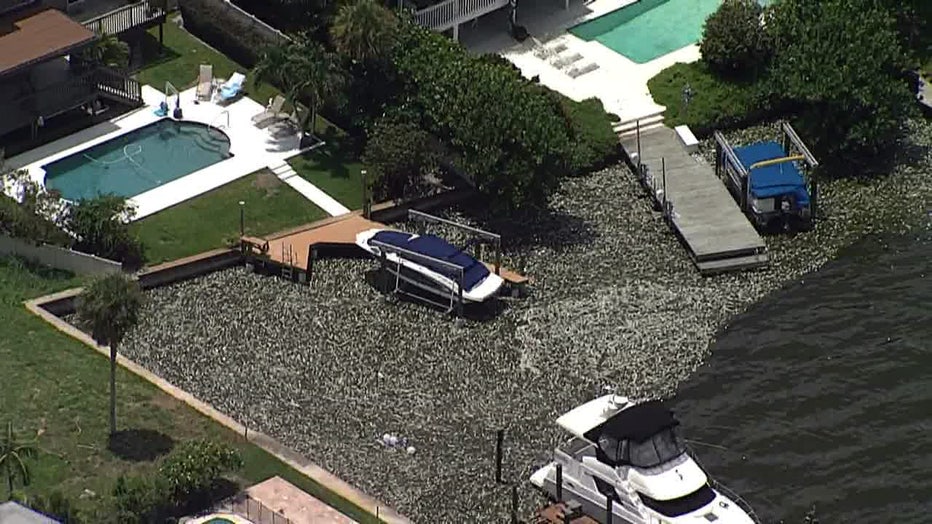 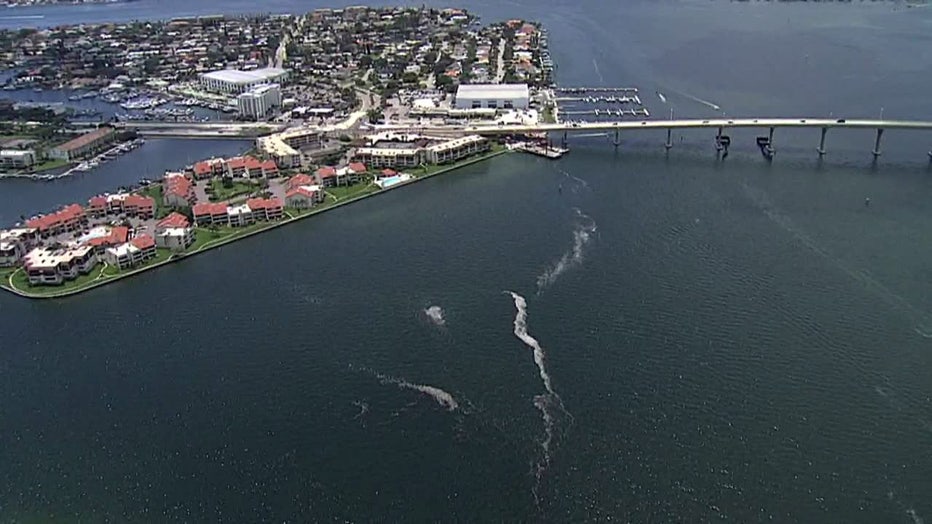 White lines in the water off St. Pete are thousands of dead fish.