CLEARWATER, Fla. - A local man is hitting the pavement on the Courtney Campbell Causeway as a way to say "thank you" to first responders and essential workers.

At 9 a.m., Chris Wauben began his 7-mile on the bridge, all while holding a super-sized American flag, measuring 6 feet by 10 feet. According to a press release, the Pasco County man is doing it to acknowledge the hard work by "first responders, doctors, nurses, firefighters, police, armed forces, teachers, food workers, truckers, news media and everyone who Is on the front line in the fight against the coronavirus."

"This is something I decided to do last week," he told FOX 13. "For years, I've ran on Clearwater Beach a bunch of times and a lot of 5K with the flag. I felt this was a great, symbolic gesture to say, 'Thank you.'"

His run began in the parking lot of Whiskey Joe's. Wauben headed westbound for about 3.6 miles before turning around. He completed his run by 11:50 a.m. 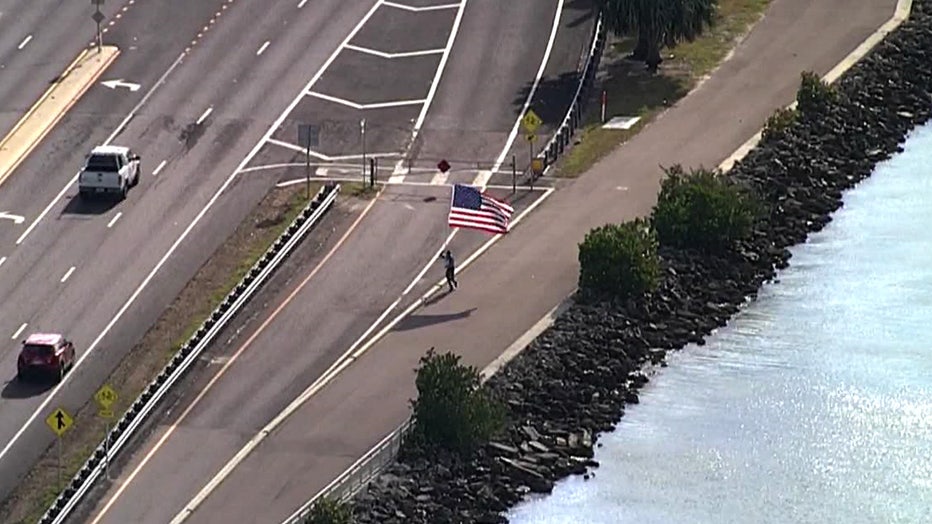 "Anybody out there who is feeling depressed, stressed and despaired, I want everyone to remember the words of Eleanor Roosevelt, 'You must do what you think you cannot do,'" Wauben quoted.

Wauben is known as the "Running Man" and has previously ran along Clearwater Beach while holding his U.S. flag to honor different groups. For instance, he has done it before to remember 9/11 victims.

"I want people to remember we are a strong country," he explained. "We'll come out bigger and better than we ever have. I know it's hard to imagine that right now but we will get through this -- together." 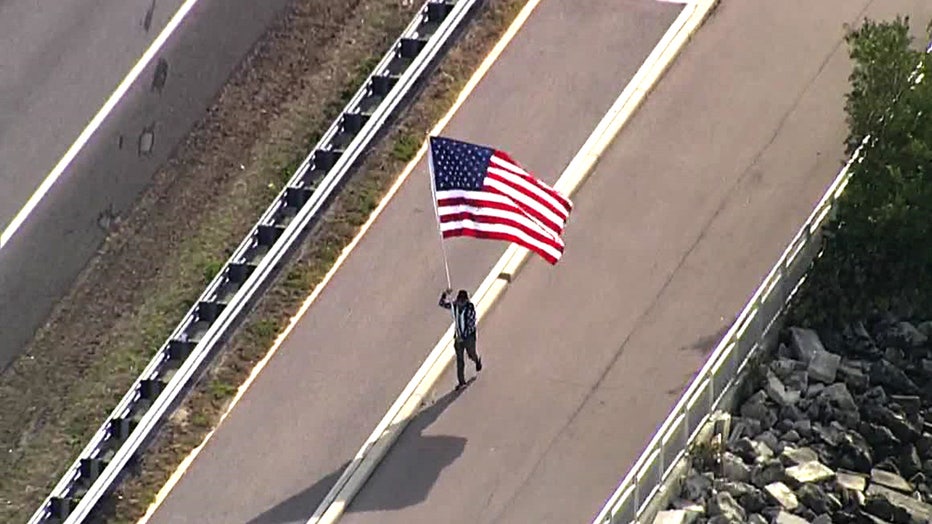