Her lawyers say new evidence reveals she may have been under the “control” of supposed psychic.

Document show Halfon tried a couple of times to cash a $1 million check from her husband's bank account at an Amscot location. The employees grew suspicious and called police.

Other checks for large sums were cashed elsewhere.

Halfon is charged with money laundering, fraud, and exploitation of the elderly. But could some of that money have been used on a psychic? Her attorney Todd Foster says it's possible.

“I believe that theory has relevance in this case,” said Foster.

Pages of documents show text messages between Lin Halfon and an unidentified person who warns Halfon that darkness is going to possess her.

“You will be forced to leave.“

“The devil is convincing him not to give us the money.” 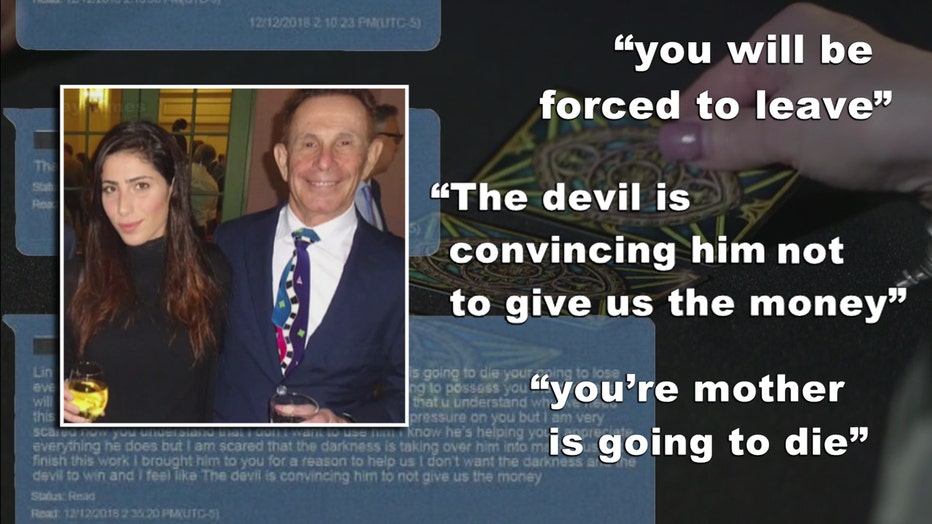 The unknown person tells Halfon that taking her husband's money will break the spell and threatens that Halfon will be deported back to Israel.

Foster said there have been cases where psychics manipulated people out of millions of dollars.

In other text messages, Halfon appeared frustrated and discouraged.

“I can’t have all this pressure anymore,” she texts the unknown person. 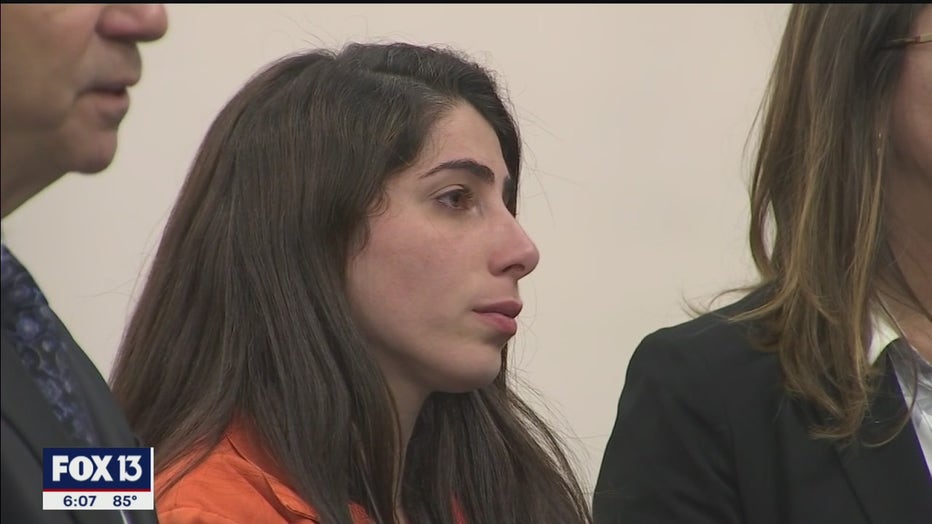 A jury may someday read those text messages as part of Halfon's case.

"In criminal cases, we are always talking about mental state. What was the person thinking at the time they did this?” Foster explained.

Halfon's defense will likely try to show how a supposed psychic can turn into a master manipulator.