DENVER (AP) - A woman who gave birth alone in her jail cell in Denver is suing the city after deputies and nurses allegedly ignored her pleas for help during about five hours of labor.

Clips of silent surveillance video released by her lawyer show Diana Sanchez eventually lying down on a narrow bed, crying out in pain, before she pulls off her pants and delivers a baby boy on July 31, 2018.

The federal lawsuit states that Sanchez first alerted jail staff that she was experiencing contractions when a deputy brought her breakfast at approximately 5:00 a.m., which can be seen in the surveillance video. The lawsuit says that Sanchez spoke with Denver deputies and Denver Health nurses at least eight times that morning, informing them every time that she was experiencing contractions.

Three hours after she first alerted staff to her condition, Sanchez’s water broke, at which point she again attempted to alert staff.

An absorbent pad is slid under her door for her to put on her bed about 45 minutes before she gave birth.

After she gives birth, a nurse walks in and picks up the baby.

"To characterize it as medical care is a joke," said Sanchez's lawyer, Mari Newman, who noted that the open toilet several feet away from where she gave birth was blacked out by the city in the video.

The federal lawsuit filed Wednesday says that jail officials "cruelly chose convenience over compassion" by not calling for an ambulance after Sanchez's water broke and she was bleeding. It says a van was requested to take Sanchez, who was in a medical cell at the jail, to the hospital. But jail workers knew the ride likely wouldn't be available for hours until the morning booking process was finished, according to the lawsuit.

The lawsuit says that no nurse dried or warmed the baby or cleared mucus from his mouth for several minutes and that jail nurses did not have equipment to cut the baby's umbilical cord. It was not severed until firefighters arrived about 15 minutes after the baby was born.

The Denver County Sheriff's Department said Thursday that it has since changed its policy to ensure that pregnant inmates who are in any stage of labor are immediately taken to the hospital. Previously, decisions about whether to move a pregnant inmate were left to jail nurses but deputies are now authorized to call for an ambulance for someone in labor, department spokeswoman Daria Serna said.

The jail's nurses are hired from Denver Health, the city's public hospital, and the sheriff's department said that Sanchez was in a medical unit under the care of nurses at the time she delivered.

Denver Health declined to comment on a pending lawsuit but defended its work in the jail. "Denver Health provides high quality medical care to thousands of inmates every year," spokesman Simon Crittle said.

Sanchez was not available for comment. Last year, she told Denver KDVR-TV, which first reported on the delivery, that the jail sees inmates as "garbage."

"I know I was [in jail] because I was at fault for something I did wrong, but I didn't deserve that, especially not my baby," she said. 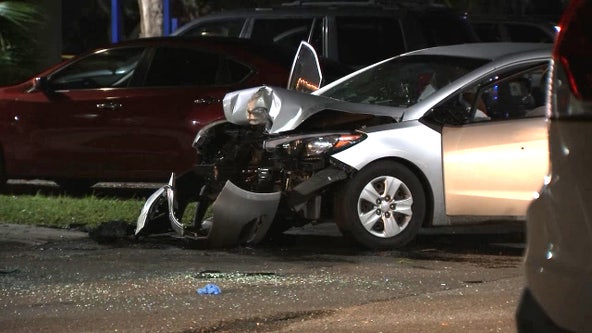