TAMPA, Fla. - The grounds on which Jeraldine Williams walks are as hallowed as the words she wrote for the woman buried beneath them.

"You may trod me in the very dirt, but like dust, I’ll rise," Williams stated as she recited a poem while walking the grounds of the old Zion Cemetery Thursday in Tampa, the site of her great-great-grandmother’s burial 110 years ago.

That ancestor was Anna Wyche, one of Zion Cemetery’s long-forgotten souls.

"It’s more than just having a space where there was a dead person," Williams said. "I want to make Anna Wyche more than a box of bones."

Today, Williams held a wake for Wyche, to tell her long-forgotten story to family, friends, and the public. Wyche was born into slavery in Alabama in 1839 and settled in the Tampa area as a cook before dying at the age of 73 in 1912. She was buried on the grounds of Zion in an unmarked grave, one that eventually disappeared from public view until 2019. 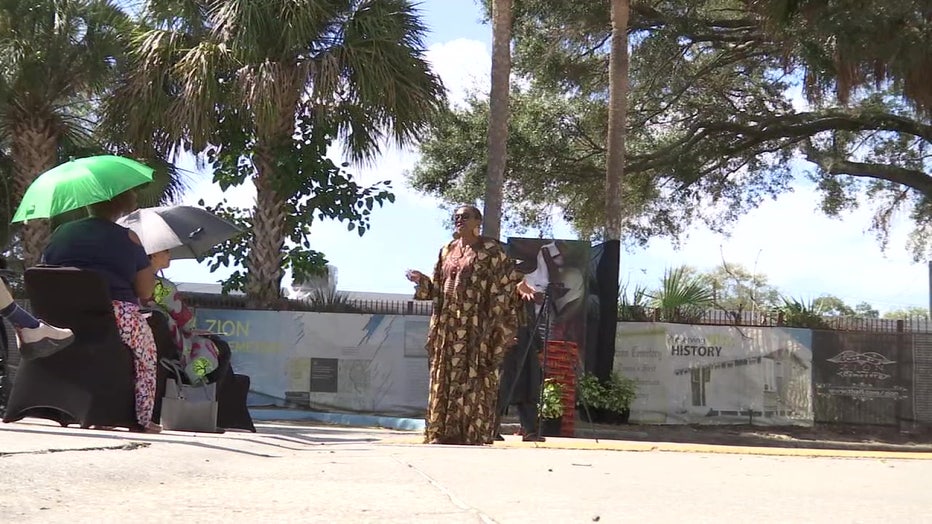 Though no pictures remain of Wyche, Williams was able to track her story through census records on Ancestry.com. Census records show Wyche had nine children, six of whom survived into adulthood.

Williams originally discovered her story while writing a book about her family’s ancestry dating back to the 1700s.

RELATED For descendants of those buried at erased Black cemeteries, work never stops to honor ancestry

"What she would want is for you to learn, as she has a lot of descendants who are educated people," she said. "She was a slave, so she was not learned but she has educated descendants."

The ceremony comes the same week USF announced the discovery of 45 new unmarked cemeteries in Hillsborough County, and state lawmakers push to pass a bill creating a statewide office to identify long-lost burial grounds throughout Florida. 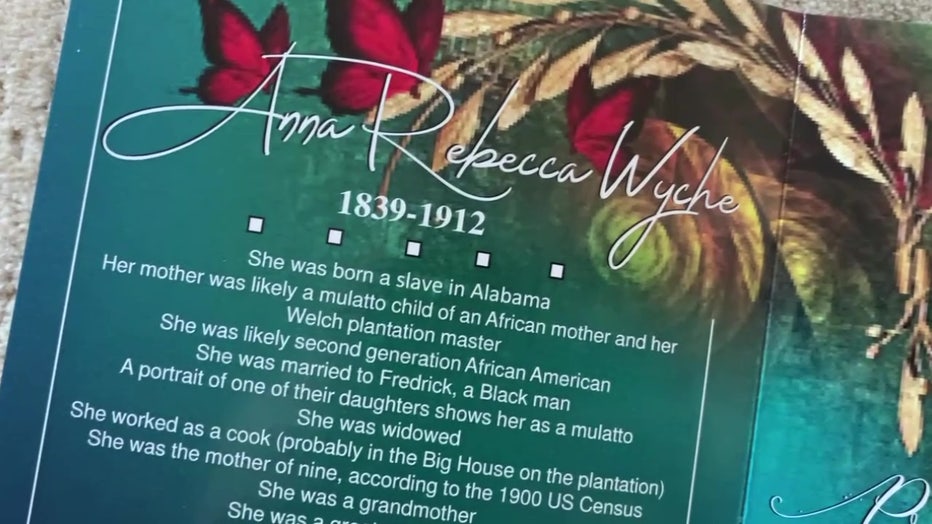 "It's also a home base for folks that remember these cemeteries, for the archeologists to have a place to report and catalog their findings," said State Senator Janet Cruz in a Zoom interview Wednesday of the findings.